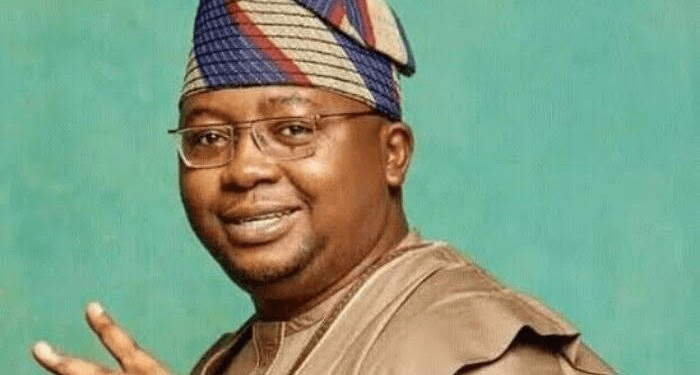 The gubernatorial candidate of Accord in 2023 general elections in Oyo State, Adebayo Adelabu has said that his intention was to sustain the policies of the immediate past governor of the state, late Abiola Ajimobi.

Adelabu made this disclosure at the weekend while speaking at a town hall meeting organised by a radio station in Ibadan,

He said that this is necessary in order to put the state back to the right track.

Adelabu, while speaking further, insisted that the state deserves to have a responsible and responsive leader.

He explained that the state needs a leader who has the capacity and ability to lead the state properly.

He added that one of the key areas that required urgent attention in the state is environmental sanitation.

He explained that there is a need to re-introduce sanitary inspectors, weekly and monthly environmental sanitation exercises in markets across the state in order to curtail the spread of diseases.

” I want to assure you that every good policy of the immediate past Government under the administration of Late Governor Abiola Ajimobi will be sustained.

“This is important to put the state back on the right track and ensure rapid development in all sectors across the state”.

FG assures of an imminent end to ASUU strike