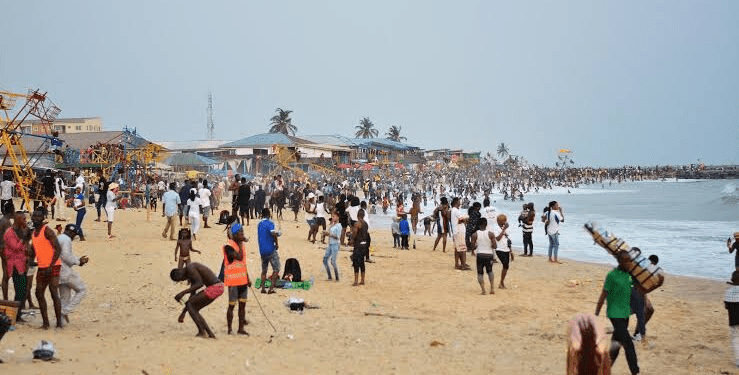 Two unidentified men have reportedly drowned while trying to save another man from drowning at the Baracuda beach, Abraham Adesanya, Ajah, Lagos.

The incident occurred on Boxing Day.

According to Oke-Osanyintolu, on arrival at the scene of the incident, it was observed that two persons at the beach drowned inside the ocean at the aforementioned location.

“Further investigation gathered revealed that two adult males were trying to rescue an adult male from drowning before the high tide of the ocean drowned the two adult males.

“In addition, the lifeguard at the beach reported that the victims swam beyond the red line which wasn’t safe for them to engage on the rescue.

“However, the agency’s LRT and Paramedics are on the ground. Search and rescue operation ongoing,” he said.