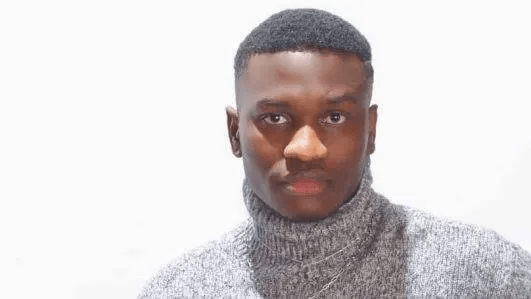 Babalola Otitoju Joseph, popularly referred to as Joseph Joseph Water is a top international model sweeping the runway in the United States of America where he is based.

The profound thing about Joseph Water’s story is that it would smash the Box Office if transformed into a screenplay in Hollywood.

As early as age 20, the supermodel already knew what he wanted to get out of life and, was extremely determined about pursuing his purpose. He took a bold step to emigrate to the US more than 10 years ago to chase his dream of becoming an international model, which is now being fulfilled in his eyes.

At a such early age, he had come to the knowledge that his fatherland would not give him the opportunity he needed; the age many of his contemporaries have not even yet come to terms with what destiny has for them. But the accomplished fashionista was prepared to bear the risk to face the unknown, climb the highest obstacles and dare the danger, all in the bid to leave his own footprint in the shores of time.

Years after, Joseph Water would look back and bless the day he decided to take that bold step. Today, he is an accomplished international model and actor, with prominence and recognition in the fashion industry in the US.

It would be on point to say that at a young age, he had his entire life played out in his mind already. He developed the mental fortitude for the huge career in the horizon for him. Since his modelling career got off on the world stage, Joseph Water has drawn from this inner strength to get consent and acceptance from the mega global brands he models on some of the popular global fashion shows.

Like many other foreigners, the model was also confronted with issues of racism, stereotype, and rejection in the early days of his blossoming career. But he took the challenges gracefully and embraced them as part of the obstacles he must overcome to arrive at the target he had set for himself.

So far, the Nigerian has had a number of watershed moments in his career. He has gone from being rejected to featuring on the runway of the New York Fashion Week, and also graced the covers of glamour magazines such as ‘Krave’ and ‘Slay’.

The progress in the career of the fashionista is an assertion to how far he has come, despite the obstacles strong enough to dissuade him that he was in the wrong industry.

One of the major landmark achievements in his career was his recent participation at the Atlanta Fashion Week Show where he strutted down the runway in sunglasses in an all-red design. He shared the video of the event with his subscribers on his YouTube channel with the caption: “Recap of all the looks from Atlanta Fashion Week Show. Let me know if you spot me in there.”

Joseph Water has grown, both in character and personality, in so much that he has expressed interest in making his debut in the biggest movie stage in the world; Hollywood, after appearing in a number of Nigerian movies.

In a recent post on social media, he summed up the enormous pressure that trails what people just see on the runway when he wrote on Instagram: “Mad stress, still delivered.”

Explaining in an interview how far Babalola Joseph has come in his career at a short time and successfully broken into the global fashion scene, he said: “I can’t miss out on the importance of believing in oneself. The modelling industry has taught me that you need to believe in yourself before anyone else will. Self-worth and confidence are infectious — once you fiercely believe in yourself, a lot of things will align. It doesn’t matter who likes your style, others will just love you because people love.”

Tale of a young woman rewriting history for Nigerians in Italy