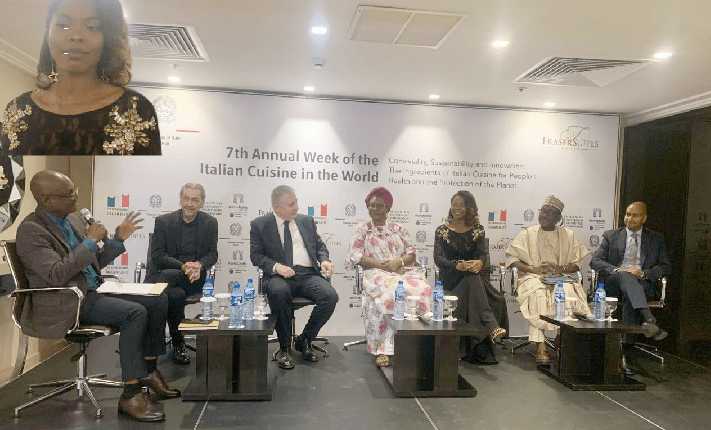 Beyond the negative reputation often ascribed to Nigerians in Italy as traffickers in drugs and human being, a young female Nigerian is changing the narrative with her exploits in the European country.

When stories are told about Nigerians in Italy, the impression usually created is that of irresponsible individuals who constitute themselves into social nuisance by way of prostitution, human and drug trafficking, and other forms of vices.

A 2017 report by ReliefWeb titled ‘To be a Nigerian Migrant in Italy’ quoted some Italian sources as saying that about 50 percent of Nigerian women and girls migrants in Rome in particular and in Italy, in general, are forced by smugglers and human traffickers to work as sex slaves.

Research conducted in April 2022 by ReliefWeb stated that approximately 119.000 Nigerians reside in Italy; that the country hosts the second-largest group of Nigerians in Europe (after the UK) and is “the most important destination for Nigerian victims of trafficking”.

From all the negative reports, however, some positives are finally coming out in terms of Nigerian migrants doing great in the country.

One of such news is that of Tracy Eboigbodin, a Nigerian woman from Benin City, who emerged winner of the 11th series of Master Chef, Italy, an international cooking show.

Ms. Eboigbodin, her brother, and her parents relocated to Italy from Nigeria 17 years ago when she was only 15 years. She recalled that things were tough for her family after they relocated but she stayed focused.

She went on to graduate from the university while working as a waitress; a job she did for about 15 years before proceeding to culinary school. She embraced her passion for cooking and ventured into the international cooking competition replicated in over 60 countries.

Eboigbodin explained that she refused to be limited by the stereotype of being a Nigerian and a woman from Edo State, as they are often times linked to prostitution and trafficking.

Unfortunately, she said, people tend to turn a blind eye to Nigerians who are doing great things in Italy and rather focus on the negative.

Her words: “It is not just me; a lot of Nigerians are doing great things in Italy. They are hairdressers, tailors, and so on.

“They don’t need to depend on men. There are so many Nigerians in Italy that are good.

“I have a Nigerian friend in Italy who is a doctor. So the story is changing.

“What I have has made me what I am today” – Rabi Maidunama, Founder, Maidunama Sickle Cell Foundation