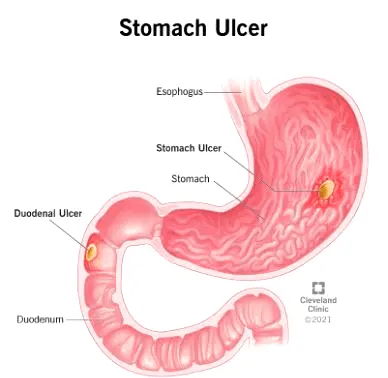 Despite the long neglect of Helicobacter pylori  (H. pylori) in Africa, founding President of the African Helicobacter and Microbiota Study Group, AHMSG, Prof Stella Smith, says the pathogen is unrelenting in infecting and causing a diverse array of diseases conditions in a large number of individuals.

Smith, who is also the Director of Research at the Nigerian Institute of Medical Research, NIMR, explained that Helicobacter pylori is a Gram-negative bacterium that infects and colonises the human gut.

Reeling out the challenges associated with the disease in her paper entitled: ”Helicobacter pylori: The Peptic Ulcer Bug Neglected But Unrelenting” during the 2022 Health Writers Association of Nigeria’s Symposium, HEWAN, Smith said H. Pylori has been reported to have infected 50 per cent of the world’s population, with different races and regions having varying levels of severity and pathological outcomes.

Smith referred to a study that showed that in Nigeria, the prevalence of H. pylori infection varies with northern Nigeria having more cases than other parts of the country.

The study listed several challenges associated with H. Pylori research, diagnosis, and treatment in Africa including lack of accurate prevalence data, absence of consensus on diagnosis and treatment, inadequate health care infrastructure, lack of funding and straggling number of professionals.

Smith regretted that while most other infectious diseases like HIV, malaria, tuberculosis and COVID-19 have more attention in terms of research funding and grants, Helicobacter pylori infection (HPI) is neglected in Africa.

”The burden of the infection in Africa is high with a reported prevalence of 70.1 per cent. Although, this could be higher due lack of data in some regions of the continent.

Further, she stated that 51 per cent of the world population was infected, adding that the incidence is decreasing in developed nations but ubiquitous in developing ones.

”The possible causes of discrepancies in the prevalence rate across continents have been reported to be due to: urbanisation with better access to health facilities and potable water, host genetic makeup, age and gender, the immune response of the host, pathogenicity of the H. pylori strains and environmental factors,” the researchers observed.

On the way forward, she called for prompt diagnosis of the infection in Africa.

Considering the high burden of Helicobacter pylori infection (HPI) in Africa with its associated pathological outcomes, accurate and prompt diagnosis is key to managing, treating and eradicating the disease.

She said several diagnostic approaches including invasive and non-invasive methods have been deployed across Africa.

Signs and symptoms of HPI include an ache or burning pain in your stomach (abdomen), stomach pain that may be worse when your stomach is empty, nausea, loss of appetite, frequent burping (belching), bloating, and unintentional weight loss.

She regretted that in Nigeria, most stomach ache is assumed to be ulcer due to a lack of awareness and misdiagnosis.

“Misdiagnosis mixed with lack of awareness remains a major problem in Africa, especially Nigeria. The need for accurate diagnosis and treatment led to the formation of the African Helicobacter & Microbiota Study Group (AHMSG).

“Due to misuse and overuse of antibiotics, several bacterial pathogens including H. pylori have developed resistance to antibiotics. This is posing a big challenge to the effective treatment and eradication of H. pylori infection.

”There is no treatment regimen which guarantees cure of H. pylori infection in 100 per cent of patients;

Okocha: I didn’t do my research before joining Bolton Wanderers from PSG

My Ordeal at EFCC – Senator Anyim