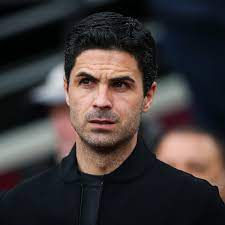 The Arsenal manager is facing some concerns for the north London derby this weekend, with several stars returning to the club early from the international break

Arsenal make their return to action in the Premier League against Tottenham in a huge north London derby clash following the international break. However, the Gunners come away from the two-week break with a squad in less than ideal shape for such an occasion.

Both sides have made a good start to the season – sitting first and third respectively – though Mikel Arteta will be hoping to enact his revenge on their near-neighbours after last season. Spurs managed to sneak into the top four over the Spaniard’s side in the final few games.

One of those key turning points came in the north London derby at the Tottenham Hotspur Stadium that had to be rearranged due to Covid absences. A defeat to Newcastle the following match almost certainly condemned the Gunners to fifth, though there was little time to reflect.

A summer of heavy investment followed, with a number of key players joining the club for a total spend of over £100million. It led to a very quick start to the season, though there were still concerns over a perceived lack of depth across the squad if an injury crisis were to hit.

Well unfortunately for Arteta, he may face the nightmare scenario of that happening for the north London derby after a tough international break. Duo Mohamed Elneny and Emile Smith Rowe were already ruled out of the clash with longer-term injuries that will have to be eased back in for contention.

Oleksandr Zinchenko missed the game against Brentford with a calf issue, also missing a call-up for the Ukraine squad as confirmed by the nation’s FA. football.london understands the versatile star is expected to be fit for the clash, though he wasn’t pictured in training recently.

Then there’s a trio of early returns from the two-week break that could throw another spanner in the works. Thomas Partey was the first of those, having already struggled to battle off small issues that have kept him out of action in recent weeks and there was hope of a long-term return after facing Brentford.

However, the midfielder was withdrawn from Ghana’s side to face Brazil with a knee issue, flying back to London Colney as a precaution. Kieran Tierney followed shortly after, picking up a head injury in Scotland’s match with the Republic of Ireland, which is also being treated as precautionary.

Then there’s the bizarre case of Takehiro Tomiyasu, who has also travelled back to England, but seemingly without an injury concern. The Japan international played the full 90 minutes of his side’s 2-0 win over the USA, but was released early down to “club circumstances”.

With those six players uncertain of a return, Arteta faces a potential nightmare in picking his squad. It could have been worse as Ben White faced issues, but played against Brentford and was recently pictured in training.

Club captain Martin Odegaard missed the win over the Bees, but did feature for Norway in the break, with football.london also understanding he should be fit to face Tottenham. There are still a few days left until the big game, but there will be hopes the squad situation improves before it gets worse.