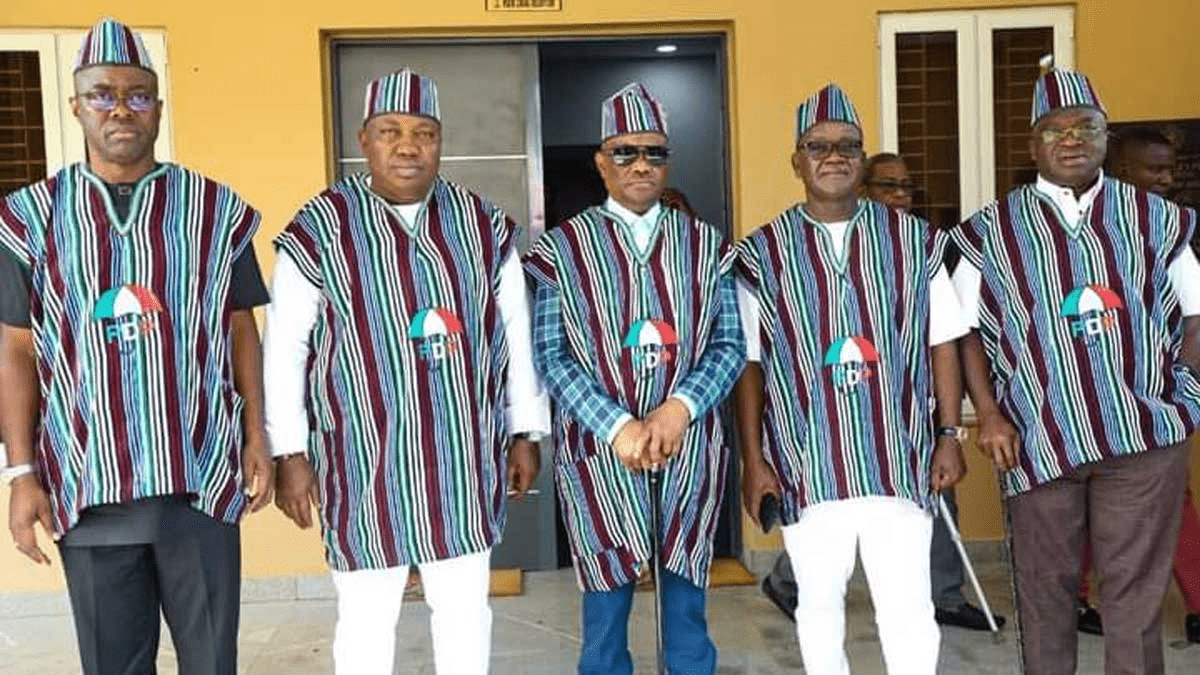 There is anxiety in camps of All Progressives Congress (APC) and Labour Party (LP) as the aggrieved five governors of the Peoples Democratic Party (PDP) also known as G5, will today storm Ibadan, the capital of Oyo State, to flag off the re-election campaign of one of their members, Seyi Makinde.

Other members of the G5 being led by Nyesom Wike of Rivers State are Okezie Ikpeazu (Abia); Samuel Ortom (Benue) and Ifeanyi Ugwuanyi (Enugu). They have had a running battle with their party over the refusal of its National Chairman, Iyorcha Ayu, to step down after former Vice President, Atiku Abubakar, emerged as the party’s presidential candidate.

To them, Ayu’s continued stay in office is against the power rotation principle of the party and the National Chairman’s promise to resign if a Northerner emerged as PDP’s flag-bearer.

Sources close to the governors said the Ibadan rally might also be used to reinforce their position regarding their grouse with the party’s presidential ticket.

“They will give the direction of where they are going but may not mention the name of the presidential candidate to avoid being accused of anti-party offence and to protect their different political interests,” a source said.

It was gathered that despite Governor Ortom’s preference for LP presidential candidate, Peter Obi, his colleagues are yet to agree on a particular candidate.

The Guardian learnt that the decision of the G5 to support another candidate is due to renewed political rivalry between Wike and his predecessor in office and former Minister of Transportation, Rotimi Chibuike Amaechi, an APC chieftain in Rivers State.

Only on Monday, Wike criticised Amaechi for locking up the courts while governing the state and wondered why he has not been punished for tramping upon the judiciary.

It was also gathered that the camp of the Oyo APC governorship candidate, Senator Teslim Folarin, is back to the drawing board to mitigate the implication of such endorsement on the fortunes of the party in the state.

Apparently reacting to the position of Governor Makinde on Atiku’s candidature, the PDP Presidential Campaign Council organised a “freedom walk” in Ibadan on Wednesday to drum support for the Waziri Adamawa.

How Bridegroom was Murdered Four Days to Wedding