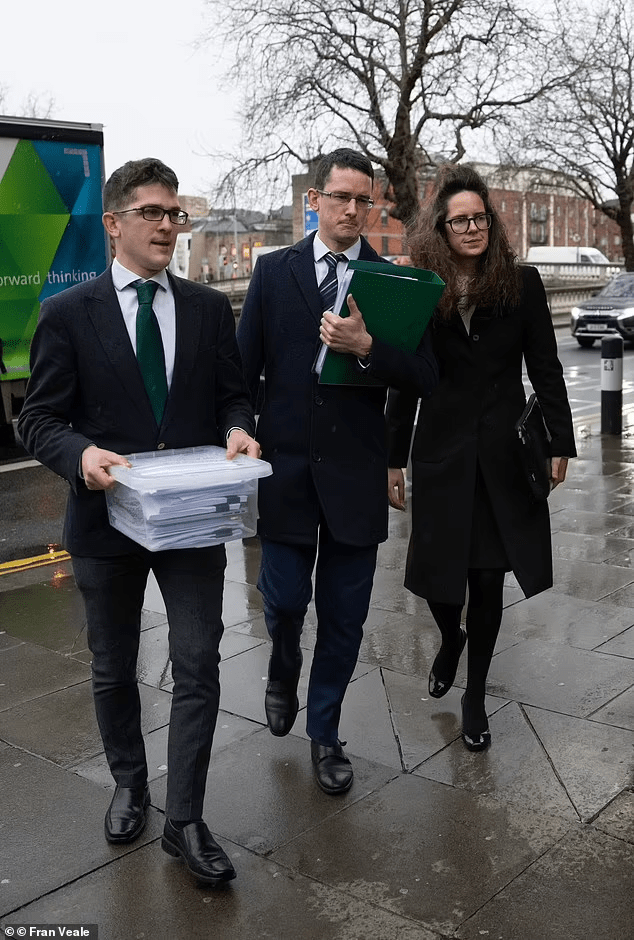 Enoch Burke has two weeks to launch an appeal after he was dismissed from his teaching post yesterday, following a chaotic disciplinary hearing. Mr Burke is entitled to appeal within ten working days after Thursday’s ‘stage 4’ hearing to decide if he should be fired.

The teacher, who spent three months in prison for defying a court order to stay away from his school following a row that started over the preferred pronouns of a transgender pupil, was informed of the decision yesterday.

In a statement, the Burke family declined to comment on whether he would appeal.

But they alleged that ‘solicitors unlawfully sought to conduct the purported disciplinary hearing’ and that the school chairman was absent, which may form the basis of an appeal.

Thursday’s hearing was loudly disrupted by Mr Burke and his family, who are evangelical Christians.

Mr Burke was summoned to Wilson’s Hospital School in Multyfarnham, Co. Westmeath, yesterday and was informed at 3.30 pm in the presence of the board of management chairman John Rogers, and principal Frank Milling that he had been dismissed.

Mr Burke said that his dismissal was based on the ‘purported’ meeting of the board of management in Mullingar Park Hotel from which Mr Rogers was absent.

The meeting on Thursday heard that Mr Rogers was absent as he had taken ill on Wednesday night. Gardaí had to escort board members from a Mullingar hotel while they were being followed by members of Burke’s family after Thursday’s hearing.

The decision to dismiss Mr. Burke came under stage four of Department of Education and Skills procedures for the suspension or dismissal of teachers.

Evidence included a written principal’s report and allowing Mr Burke to speak to the board at the Mullingar meeting.

Sanctions open to the board included demotion and dismissal and the board decided, rapidly, to opt for dismissal. Mr Burke had spent 107 days in prison before Christmas for refusing to obey a High Court order to stay away from the school until the hearing took place.

The row originated after Mr Burke first refused to use different pronouns for a student and then loudly remonstrated with the school principal about the pronoun issue during an event to celebrate the school’s 260th anniversary.

Yesterday, Mr Rogers was present to tell Mr Burke that the long-running dispute over gender pronouns was over – he was fired from the school just a day after the Mullingar hearing.

On Wednesday, the High Court refused to grant Mr Burke an injunction to prevent the hearing and noted that he did not obey High Court orders to stay away from the school.

He had been suspended on full pay by the school.

Mr Burke was eventually released from Mountjoy Prison on December 21. Upon releasing him Judge Brian O’Moore made it very clear to him that he could be reincarcerated if he showed up at the school again.

Despite the warning, the teacher continued to attend the school, against the school board’s wishes, since it reopened after the Christmas holidays on 5 January. in prison for refusing to use gender-neutral pronouns is SACKED