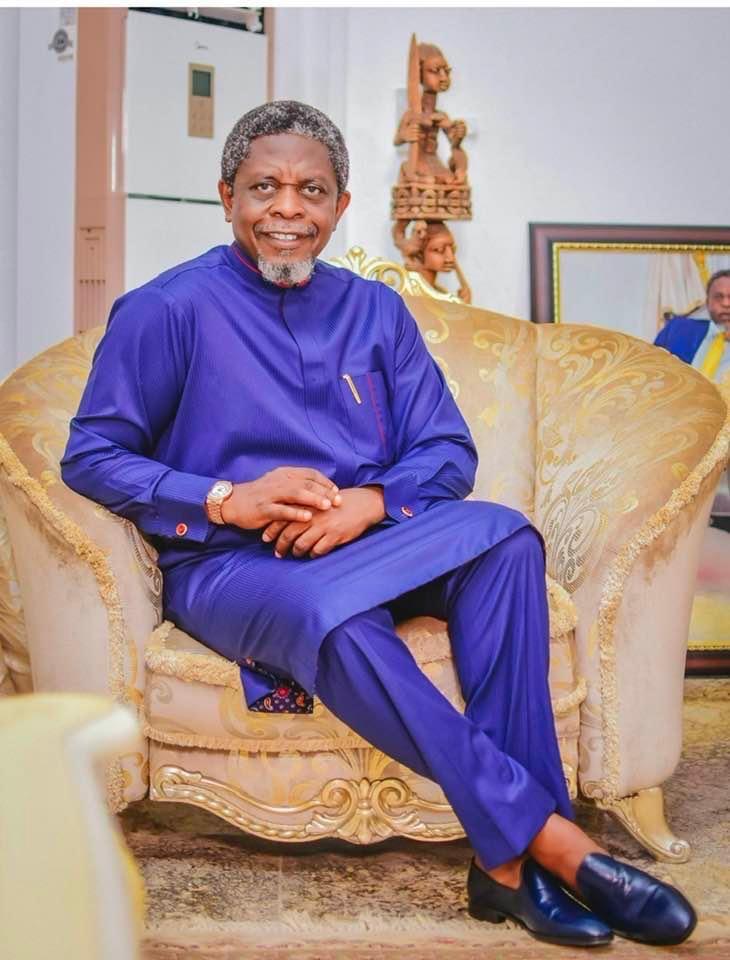 It is indeed, a season of celebrations for Wale Akinterinwa who turned 60 on December 13, it is his season of blistering celebrations.

Whether he is hosting a classy gig of thanksgiving or convoking a solemn banquet of worship, Akinterinwa owes his maker a huge debt of gratitude for multitudes of high altitudes attained in these six decades.

For him, it has been six decades of uncommon grace, grand conquests, and audacious dominion over life’s daunting odds.

Truly, he has a huge debt of gratitude, but he has always imbibed the attitude of thankfulness. Families, friends, colleagues, and political associates have variegated perspectives about the Wale Akinterinwa brand, an intensely intriguing persona that leaves you perplexed in a deconstruction effort.

His is a life that looks like a mentally tasking puzzle. The more you look, the more you see. Playful but prayerful, egregious but guided, adventurous but value-oriented, tasteful but streetwise, epicurean but an investment buff.

Indeed, the Wale Akinterinwa that I know is a rare juxtaposition of opposites, a mind-blowing oxymoron that many can’t cease to mull over.

The part of him that astonishes me most is his predilection for worship and thanksgiving. Here is an urbane socialite that daily shares baskets of thankfulness. He feeds the world with the faithfulness of God through edifying hymns and rhymes, incorporating euphoric cadences that underscore divine benevolence to humanity.

From our behind the scene conversations to his subtle exhortations on social media, and his exemplary application of praise to his daily life, I can safely say that the Wale Akinterinwa that I know runs a ministry of thanksgiving.

Even his most cynical critics acknowledge this without equivocation. He wakes up daily with messages of hope, love, patience, perseverance, and salvation, and most frequently, he stirs us at dawn with Scripture-based blobs of thanksgiving.

It is, therefore, not surprising to see social media swarming with loads of tributes and testimonies, all celebrating a special man born on December 12, 1962.

Not only that, scores bear depositions about his dispositions to life, appreciation of God, and admonitions on thanksgiving.

The last 24 hours of social media blitz is a validation of essential Wale Akinterinwa, a grateful heart with a graceful mien.

In his episodic journey of life, he swims out of every mess that dogs his path to emerge at the pinnacle of success.

Born of a banker father, Pa Moses Akinmoluyo Akinterinwa, this 60-year-old politician evokes many contrasts in his political career. Born with a silver spoon, he chose to mingle with the grassroots.

Since 2002, he practically relocated from the comfort of his palatial Victoria Island residence to his modest family house in Ile Oluji, until he built a befitting country home for himself.

In those days, especially during election seasons, I recalled how a suave Lagos boy regularly fed on pounded yam and bushmeat in Ile Oluji; missing his usual continental cuisines, meticulously dished by his debonair, wife, Remi.

I remember one day, when Aunty Remi called me and ranted about her husband’s long absence from Lagos. “What is Wale doing in Ile Oluji for God’s sake?” I could feel her frustration, but I was equally guilty of the same offence.

Politely, I responded “I am also in Idanre ma, we are preparing for elections” And she said ” Oh, you, too, abandoned Sayo (my wife) in Lagos? Can you imagine? Ok o. God will see you through o”

For those who want to play politics, there is so much to learn from Wale Akinterinwa. For many years, he dropped the fine garb of a city boy and descended into the arena of grassroots politics with its concomitant mudslinging, trading blows with entrenched interests. He took bullets for his beliefs. He resigned unceremoniously as Commissioner for Finance during Governor Olusegun Mimiko’s first term in office. But he remained undaunted, forging ahead, daring the odds, and spending his hard-earned resources on what many will call political frivolities.

But It has paid off today. Unarguably, he is one of the most-rated politicians in Ondo State today. He is equally decorated with countless bouquets of divine blessings.
The birthday celebration is not just for the Akinterinwa clan alone. It is for all of us who have encountered him in countless circumstances. Among the political class in Ondo State where he is known as Ajangamo , the drums are reverberating with different beats. For many of his schoolmates like Ayo Akinmade, Lekan Adegbite, Kola Ayeye, Wale, who they call Terins, deserves nothing but the best.

And for some of us including Fola Doregos who learnt many things under his tutelage, we are popping champagne in commemoration of this milestone while singing happy birthday to our valued bros.

Indeed, the Godfather, as he is fondly called by his core political associates, has come of age.

Buhari, Twitter, Ali and the angel by Lasisi Olagunju

Pantami: Buhari’s Terrorism-canceling in name of Region and Religion