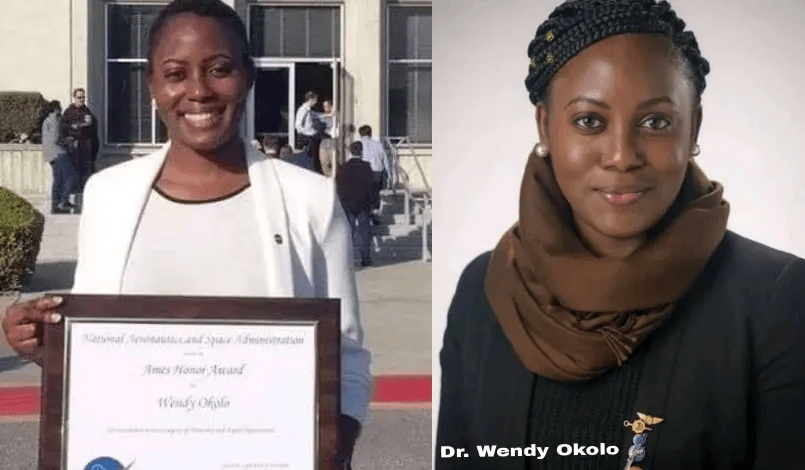 Wendy Okolo, a Nigerian-American, has become the first black woman to get a doctor of philosophy in Aerospace Engineering from the University of Texas in the United States.

At the age of 26, Wendy Okolo accomplished this amazing feat. After being granted admission to the University of Texas to pursue a Bachelor of Science in Aerospace Engineering, she began her postsecondary study there.

Wendy excelled in her undergraduate programme and finally earned a Bachelor’s degree in Aerospace, Aeronautical, and Astronautical Engineering. She proceeded to enroll in a PhD programme at the University of Texas

Five years after her Bachelor’s degree, she emerged as the first-ever black woman to earn a Doctor of Philosophy (Ph.D.) degree in Aerospace Engineering from the University of Texas, Arlington, United States.

Since then, Dr. Wendy Okolo has distinguished herself as an aerospace engineer and won numerous prizes.

The Nigerian government praised her accomplishments and hailed her as a capable representative of her country.

Dear Janet, I Know Our Kids Are Not Mine. I Will Shock You Very Soon!!!