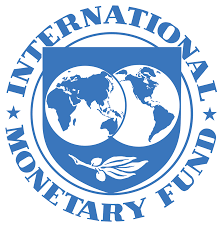 Sub-Saharan Africa’s recovery has been abruptly interrupted. Last year, activity bounced back, lifting GDP growth in 2021 to 4.7 per cent. But growth in 2022 is expected to slow sharply by more than 1 percentage point to 3.6 per cent as a worldwide slowdown, tighter global financial conditions, and a dramatic pickup in global inflation spill into a region already wearied by an ongoing series of shocks.

According to World Bank, 29 out of 33 countries in the region with available data had inflation of over 5% in July, while 17 were in double digits. The number of countries in debt distress was little changed, while borrowing costs rose significantly.

In Ghana, which has sought help from the International Monetary Fund, amid inflation hitting 33.9% in August and the cedi weakening, growth is forecast to slow to 3.5% this year, compared to a prediction of 5.5% in April, News24 reported. The World Bank also cut its growth forecasts for Nigeria and South Africa from 3.8% and 2.1% to 1.9% and 3.3%, respectively.

Here are the top 7 fastest-growing economies in Sub-Saharan Africa, according to IMF

Senegal’s economy is set to expand the most in sub-Saharan Africa next year, according to the IMF in its World Economic Outlook. The emerging oil and gas exporter’s output is growing 8.1% in 2023, compared with a projected 4.7% expansion in 2022, after producing its first gas from the BP-backed Greater Tortue Ahmeyim field in the third quarter of 2023.

The economic outlook is favourable over the near and medium term, with growth projected to accelerate from 6.5% in 2022 to 7.2% in 2023, led by agriculture and supported by the new “3N” agricultural initiative—Les Nigériens nourrissent les Nigériens—continued public investment in infrastructure, and increased FDI in the extractive sector. Growth in oil, which has been negative in the last two years, should reach 20.6% and 86.2% in 2022 and 2023.

According to the IMF, Rwanda’s economy will grow at 6.7 in 2023, showing accelerated growth from 6.0 in 2022. Interestingly, all the EAC countries are projected to post growths higher than the Sub-Saharan African average of 3.6 per cent, which declined sharply from the 4.7 per cent posted in 2021, according to the IMF.

“We expect real GDP growth to accelerate in 2023. We expect high base effects and moderating global food and fuel prices will see headline inflation gradually decelerate to 8.9% by the end of 2023. This will likely improve consumer confidence, supporting household spending and business conditions. Moreover, we expect strong tourism growth as the hospitality sector’s ongoing development and a high Covid-19 vaccination rate (as of October 16, 69.5% of Rwandans had received at least one dose) encourages rising tourist arrivals”, Fitch Solutions

The economic outlook for the Democratic Republic of Congo is encouraging despite the Russia–Ukraine conflict, with GDP growth in 2022–23 reaching 6.7%, driven by mining and recovery of nonextractives. According to AfDB, priority investments should continue to support internal demand. Improvements to transport and logistical infrastructure are set to support the resumption of non-extractive activities, services, and industries, stimulating export and tax revenue. Furthermore, the 2023 elections are forecast to increase public spending and slightly widen the budget deficit from 1.6% in 2022 to 1.5% in 2023.

Côte d’Ivoire’s economy remained amongst the few Sub-Saharan African economies that maintained growth in 2020 despite the Covid-19 pandemic, and in 2021 GDP growth accelerated to an estimated 6% (IMF).

The Russia–Ukraine conflict could negatively impact the outlook for 2023. However, the West African nation is expected to benefit from investments and reforms in the Côte d’Ivoire 2030 Strategic Plan, the National Development Plan 2021–2025 (NDP), and a more stable sociopolitical environment. Accordingly, growth should rebound to 6.7% in 2023, driven essentially by agriculture, industrial activity, buildings and public works, transport, commerce, telecommunications, investment, and consumption.

Benin has one of the strongest economic growth rates in the WAEMU area, with an estimated growth rate of +7.2 % in 2021, an increase of +3.4 percentage points compared to 2020. Despite the exogenous shocks linked to COVID-19 affecting some key sectors of the Beninese economy, the country has been able to count on the good performance of sub-sectors such as port activities, agricultural production, and tourism. According to forecasts, the growth of the Beninese economy is expected to reach +6.2 %.

After a slowdown in GDP growth to 1.8% during the COVID-19 pandemic in 2020, the country rebounded to 5.3% in 2021, reflecting progress in the services sector. On the consumption side, household spending and public and private investment have strongly contributed to the recovery. Public investment is expected to remain strong in 2022 due to the “Togo Roadmap 2020-2025” implementation, gradually declining in favour of private investment over the next few years.

Beat That Diabetes, Obesity With Extracts of African Wild Mango