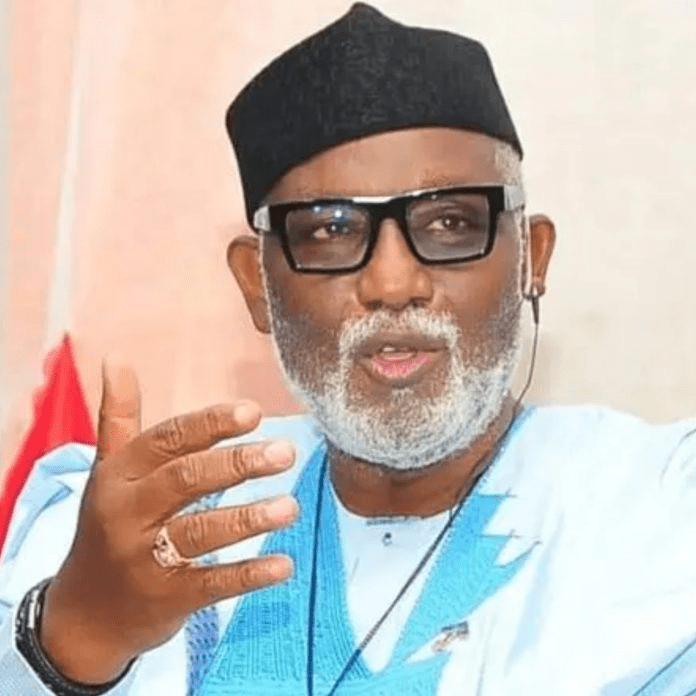 With Nigerians joining their counterparts across the world to celebrate the New Year, Governor Oluwarotimi Akeredolu of Ondo State on Sunday called on Nigerians to intensify prayers for the country, especially as the 2023 general elections draw near.

Akeredolu urged the people to recommit themselves to the unity and advancement of the country, expressing optimism that the nation will overcome its difficulties stronger and better.

In a statement by his Chief Press Secretary, Richard Olatunde, the governor who congratulated the residents of the state on witnessing 2023, harped on the need for everyone to imbibe the spirit of gratitude to their creator.

Ondo State, he said, had good reason to be grateful for God’s unfailing compassion and mercy, which had kept it and its residents alive through the difficulties of 2022.

While soliciting support for the candidate of the All Progressives Congress, APC, Asiwaju Bola Ahmed Tinubu at the polls in February, Akeredolu said the former Lagos State governor is capable of improving the country’s democracy tremendously.

He emphasised that Tinubu will provide opportunities and as well make the country a shining beacon of hope and stability.

According to him: “2023 is a very crucial year, especially in the life of our country. We must be deliberate in making the right choices. Our collective targets must showcase our respect for our diverse interests.

“Let us embrace reason and truth. We must be unanimous in shunning cynicism and mistrust. Our chief objective must be competence in the choice of leadership.

“As the 2023 general elections approach, let us make a conscious effort to deepen our democratic gains by electing a competent candidate as the next president.”

“I thought you knew God”, Nollywood star tackles Osinbajo over state of the nation

What you should know about hormonal imbalance and infertility

Rewane: 2023 may be Nigeria’s costliest elections ever in history