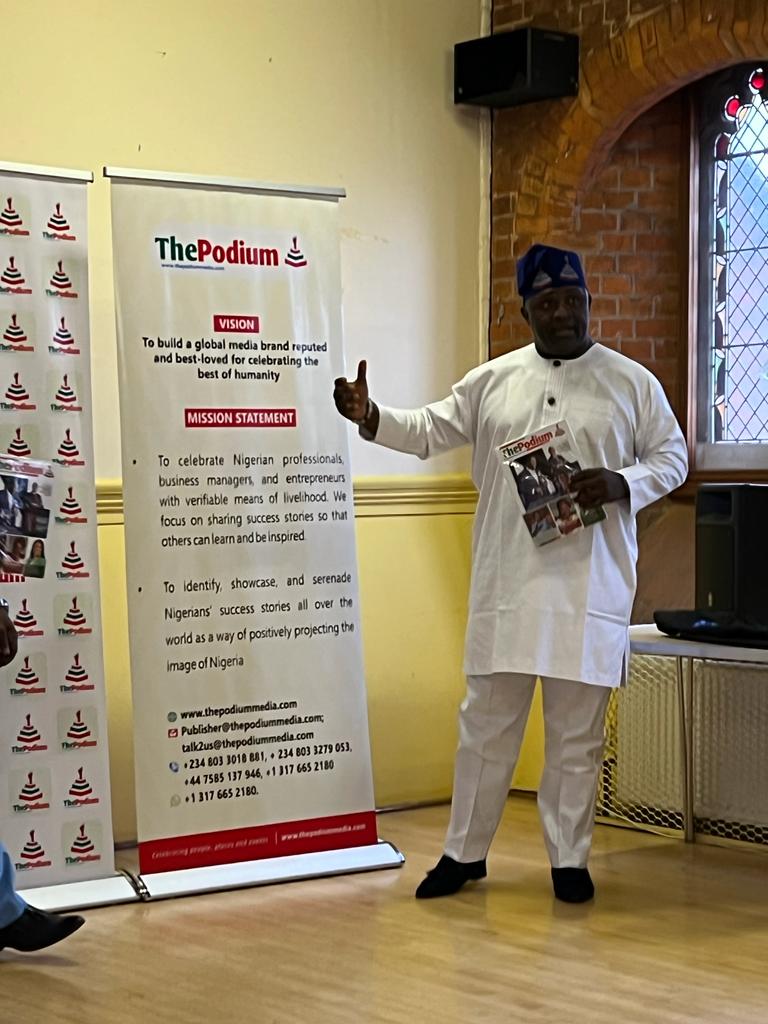 The global unveiling of the print edition of The Podium International Magazine continued in London, United Kingdom yesterday, June 18, as professionals, entrepreneurs, and business managers gathered to witness the inauguration of the magazine whose mission is to celebrate the success stories of Nigerians.

The Podium Magazine commenced in 2019 as an online general interest information portal. The print edition was registered in the United States in 2020 and commenced operations in February with its debut edition being unveiled in Indianapolis, Indiana. The magazine was subsequently presented in Houston, Maryland, and New York.

Mr Ademola Akinbola, the Publisher, disclosed that plans are afoot to also present the magazine in Manchester (United Kingdom), Dublin (Ireland), Abuja (Nigeria), Belgium, Germany, South Africa, and Canada. This, he added, is to ensure that the magazine is accessible to as many Nigerians as possible at home and in the Diaspora.

The magazine is published six times in a year, he said, adding that due to its global presence, The Podium has become a veritable platform for entrepreneurs and business managers to advertise their goods and services.

Tale of a young woman rewriting history for Nigerians in Italy