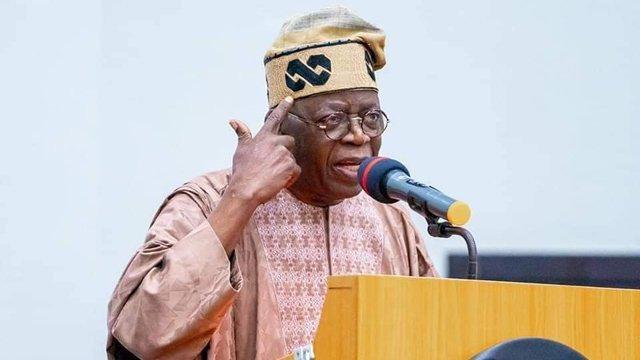 All Progressives Congress Presidential Candidate, Asíwájú Bola Tinubu, has promised to continue exploration works in all frontier basins in the country and particularly recharge the Lake Chad.

He spoke on Tuesday at the ground-breaking ceremony for oil drilling at Kalmani Area of Gongola Basin now located between Bauchi and Gombe states.

Presided over by President Muhammadu Buhari, the ceremony was the first oil drilling project in the Northern part of the country.

Asíwájú Tinubu commended the president for what he called historic achievement, saying he had always believed every part of the country is richly blessed and should be supported to fully develop their potential and contribute to national prosperity.

Tinubu said: “The effort to find hydrocarbon deposits in our frontier basins has now paid off. The successful delivery of this project will elevate energy security for the country, promote economic growth and prosperity for all our people.

“I would like to commend President Buhari and the NNPC team for being steadfast and for the hardwork.”

He assured the entire country that he is committed to the good works that the present administration had started and bring about their full realization.

“To ensure overall energy security and resource mobilization for our country, if elected, we shall continue the ongoing exploration works in all frontier basins in line with the new Petroleum Industry Act of 2021.

“Mr. President, I join you in anticipation of the full delivery of the projects and other projects of this nature in future.”

Train Rams Into Truck in Lagos

WHO confirms 3,200 cases of monkeypox in Nigeria, 47 other countries