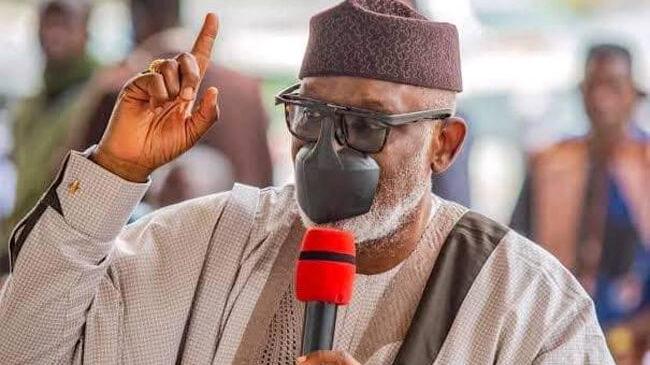 The Ondo State Government has ordered all public and private institutions in the state to install Close Circuit Television on their premises on or before August 1, 2022.

This followed the directive of Governor Rotimi Akeredolu that CCTV should be installed in all public and private institutions across the state as part of the measure to fight insecurity in the state.

In a statement issued by the Special Adviser to the Governor on Security Matters, Akogun Adetunji Adeleye, the governor said that any institution that failed to comply with the directive would be shut down.

The statement read, “In furtherance of his tireless commitment to strengthen the security architecture of the state toward securing lives and property of the good people of Ondo State, Mr. Governor, Arakunrin Oluwarotimi Akeredolu SAN, recently issued an Executive Order making it mandatory for all public places, financial institutions, restaurants, hotels and other lodging facilities, beer – parlors/bars, night clubs, educational institutions and religious worship centers in all the 18 local government areas of the state to have functional video surveillance/ CCTV equipment installed in strategic locations within their premises.

“This is aimed at assisting security agencies in tracking criminal elements that have been terrorising our environment for some time now.

“This step is no doubt in line with global best practices in Intelligence operations to provide real-time clips on criminal activities.

“To this end, the state government encourages operators and owners to comply on or before August 1 in line with the Executive Order, after which security agencies; particularly the Amotekun Corps, will commence full enforcement.

“Owners / Proprietors of the above–mentioned premises are hereby enjoined to ensure the safety of all video recordings as any attempt to damage or manipulate such shall be liable to prosecution. ”

It further stated, “The failure of any of the concerned operators/owners to comply with this directive will attract the following sanctions: the premises shall be closed down indefinitely The owner (s) shall be prosecuted.

“I wish to reassure citizens of Nigeria residing in the State that the administration of Arakunrin Oluwarotimi Akeredolu, SAN, will stop at nothing to rid the state of criminal elements.”

Doctors, Health Workers to Down Tools in Kaduna over kidnap of Nurses