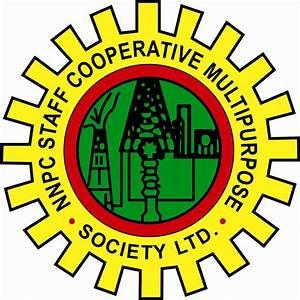 Failure of the Nigerian National Petroleum Company (NNPC) to file a counter affidavit in the N100 billion suit filed by Senator Ifeanyi Araraume against the Federal Government again stalled definite hearing on the suit at the Federal High Court Abuja on Wednesday.

Araraume had insututed the suit against the FG, challenging his alleged unlawful removal as Chairman of the Board of NNPC after using his name to register the company at the Corporate Affairs Commission (CAC).

At the resumed hearing, counsel to NNPC, Mr Etigwe Uwa, SAN, told the court that he had filed only a preliminary objection to the hearing of the suit.

Contrary to the order made by the court at the last adjourned date, the lawyer said that he had not filed a counter affidavit to the substantive suit.

Uwa prayed the court to proceed with hearing of his preliminary objection and determine it one way or another before hearing the main suit.

The judge, Justice Inyang Ekwo, however, drew the attention of the senior lawyer to the practice direction of the court.

He said that both the substantive matter and any preliminary objection must be taken together in order to save judicial time of the court.

Justice Inyang held that he would not hear the preliminary objection alone until the counter affidavit to the substantive suit had been filed.

Earlier, Araraume’s counsel, Mr Chris Uche, SAN, had reminded the judge that he had made an order that all processes must be filed and exchanged by parties before Wednesday’s sitting.

The judge, however, said he would give the NNPC another opportunity to file the counter affidavit.

He adjourned the matter until Jan. 23, for hearing of the suit.

The News Agency of Nigeria, (NAN) recalls that Araraume filed a N100 billion suit against the federal government over his alleged unlawful removal as a non-Executive Chairman of the newly-incorporated NNPC.

Araraume had asked for N100 billion as damages caused him in the alleged unlawful and unconstitutional way and manner he was removed from the NNPC board after using his name to incorporate the entity.

In the suit marked, FHC/ABJ/CS/691/2022, the former senator formulated four issues for determination by the court.

One of the issue was whether in view of the provisions of the Memorandum and Articles of Association of the NNPC, Companies and Allied Matters Act 2010 and the Petroleum Industry Act 2021, the office of the non executive chairman was not governed and regulated by the stated provisions of the law.

Araraume had also asked the court to determine whether by the interpretation of Section 63 (3) of the Petroleum Industry Act 2021, the president could lawfully remove him as non executive chairman of the NNPCL for any reason outside the provisions of the law.

He further asked the court to determine whether the president could sack him without compliance with expressly stated provisions of the Articles of Memorandum of Association of the Company, Section 63 (3) of the PI Act 2021 and Section 288 of the CAMA Act 2020.

The former lawmaker asked the court for an order setting aside his removal via a letter of Jan. 17, 2022 with reference number SGF.3V111/86.

He also asked the court for an order reinstating him and restoring him to office with all the rights and privileges of the office of the NNPC non executive chairman. (NAN)