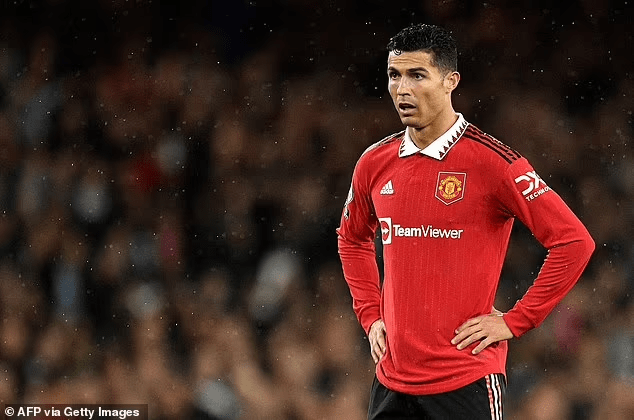 Manchester United has announced that Cristiano Ronaldo will leave the club with immediate effect following his bombshell interview with Piers Morgan.

The announcement comes as a result of the 37-year-old’s two-part bombshell interview with Morgan on TalkTV last week.

‘The club thanks him for his immense contribution across two spells at Old Trafford, scoring 145 goals in 346 appearances and wishes him and his family well for the future.

‘Everyone at Manchester United remains focused on continuing the team’s progress under Erik ten Hag and working together to deliver success on the pitch.’

Ronaldo’s interview with Morgan saw the Red Devils explore the possibility of terminating Ronaldo’s contract seven months early without paying any of the £16million he is predicted to earn by June 2023.

United believed Ronaldo had violated his terms of employment with his criticism of the club’s US owners, manager Erik ten Hag, the club’s facilities, his team-mates and former Red Devils players including Wayne Rooney and Gary Neville.

Biafra: IPOB members not terrorists, I live with them – Peter Obi