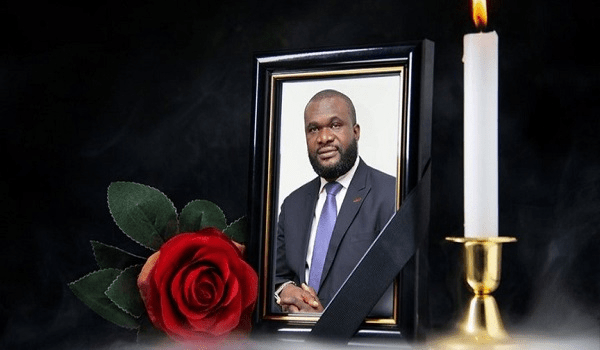 The sudden and mysterious death of a stakeholder in Bhukka Hospitality Limited, owners of a leading fast-food chain, Bukka Hut, Laolu Martins during the week has continued to elicit a flurry of reactions.

“We solicit the support and understanding of everyone as the family grieves the loss of our beloved Laolu in our privacy,” the family announced during the week.

His death became a subject of discussion on social media platforms with conflicting narratives.

Before his demise, Martins made a name for himself in the banking sector. He had over 21 years of experience in investment banking, corporate banking, stockbroking, asset management, and pension fund management.

What has been more confounding after his death, however, was his status with the organisation his name was associated. The management had said the late Martins was a “minority shareholder and a valued supporter.”

Initially, the bereaved family had described Martins as “one of the co-founders” of Bukka Hut, with several media platforms referring to the deceased as the co-founder too.

But in a statement, Bukka Hut sounded the alarm about what it described as “misrepresentations” in the media that Martins co-founded the fast-food chain.

It said Rasheed Jaiyeola, the company’s majority shareholder, founded the restaurant in 2011 and projected him as the Chief Executive Officer (CEO). The company disclosed that Jaiyeola built the business from one outlet in August 2011 and expanded it to 24 outlets.

The statement claimed Bukka Hut is run and operated solely by Jaiyeola with the support of the senior management team.

“Rasheed and the late Laolu Martins were co-owners of Nigerian International Securities Lid (NISL) and naturally Laolu was one of the three people he invited to invest in Bukka Hut when he founded it in 2011, Rasheed resigned from NISL as a director in 2016 to focus solely on building Bukka Hut while Olaolu remained the MD/C.E.O of NISL and its related businesses,” the statement reads.

Although circumstances surrounding Martin’s death are yet to be revealed, the narratives could not be independently verified because the family asked for privacy in this grieving phase. The first one was that he was reportedly depressed, and then committed suicide. While another was that the businessman suddenly slumped and died while being rushed to the hospital.

Until his death, Martins was also an investment banking expert, a fellow of the Chartered Institute Stockbrokers, the Institute of Chartered Accountants of Nigeria, and the Association of Investment Advisers & Portfolio Managers.

The deceased is survived by his wife, children, aged mother, father, and his siblings.

What becomes of the third force if Obi loses the presidential election?

What Shekau’s death means for security in Nigeria, Lake Chad