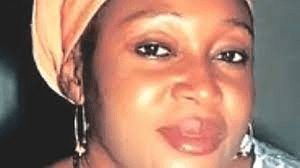 Children of late Mrs Kudirat Abiola, wife of the winner of the 1993 presidential election, Chief MKO Abiola, have dragged the Federal Government before the ECOWAS Court of Justice, Abuja over the killing of their mother.

The suit marked ECW/CCJ/APP/62/2022 was filed on Tuesday by their lawyer, Femi Falana (SAN).

Mrs Abiola was shot dead in her car in Oregun area in Lagos on June 4, 1996, at a time she was leading the campaign for the unconditional release of her husband who was detained for declaring himself president based on the result of the annulled election.

Falana recalled that Sergeant Barnabas Jabila (a.k.a. Sergeant Rogers), a member of the killer squad set up by the then military junta confessed during a sitting of the Oputa panel in Lagos on December 8, 2000, that he shot Mrs Abiola dead and attempted to kill the late Senator Abraham Adesanya and Alex Ibru by shooting them on the instructions of the Major Hamza Al-Mustapha, the Chief Security Officer of General Sani Abacha, from November 1993 to June 1998.

He said, “the killing of Mrs Kudirat Abiola by the armed agents of the defendant is illegal and a violation of her human rights to life and dignity.”

He also argued that “the failure or refusal of the defendant to protect the life of Late Alhaja Kudirat Abiola in the Republic of Nigeria amounts to a violation of Articles 1,4,5,18 and 23 of the African Charter of Human and Peoples’ Rights.”

The reliefs being sought include “an order directing the defendant to charge Sergeant Barnabas Jebila (a.k.a. Rogers) Mohammed Abdul (a.k.a Katako) and Aminu Mohammed with murder for the brutal killing of Mrs Kudirat Abiola in Lagos on June 4, 1996.

“An order directing the defendant to pay the sum of $10 million to the applicants as compensation for the unlawful killing of Alhaja Kudirat Abiola.”