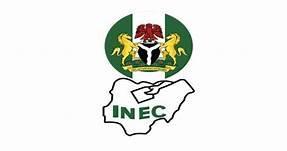 A Deputy Director, Information Communication Technology with the Independent National Electoral Commission, Abimbola Oladunjoye, on Wednesday said there was ‘seemingly over-voting in some polling units in the July 16 Osun state governorship poll.

Oladunjoye, a witness for INEC, the first respondent in the matter, who was under cross-examination by the petitioners’ lead counsel, Mr Akin Olujinmi (SAN), was shown her witness statement, where the number of accredited voters in a polling unit in Ede South contradicted the number of accredited voters on the Bimodal Voter Accreditation System report presented by INEC.

But under re-examination by INEC’s counsel, Prof Paul Ananaba (SAN), Oladunjoye explained that she used the word ‘seemingly over-voting’ because over-voting could not be established until when comparison was made between figures on Form EC8A and the physical data on BVAS machine used for the election.

She added that going by the INEC guidelines, voter accreditation figure is taking on the physical BVAS machine and written on Form EC8A.

After the witness had been discharged by the panel, Ananaba closed its case.

Earlier, the tribunal admitted in evidence 976 BVAS machines used for the July 16 governorship poll and the Certified True Copies of the BVAS report tendered by INEC.

The Tribunal chairman, Justice Tertse Kume, ruled that BVAS machines from the disputed 10 local government areas should be kept in the custody of the Central Bank of Nigeria in Osogbo pending the conclusion of the matter.