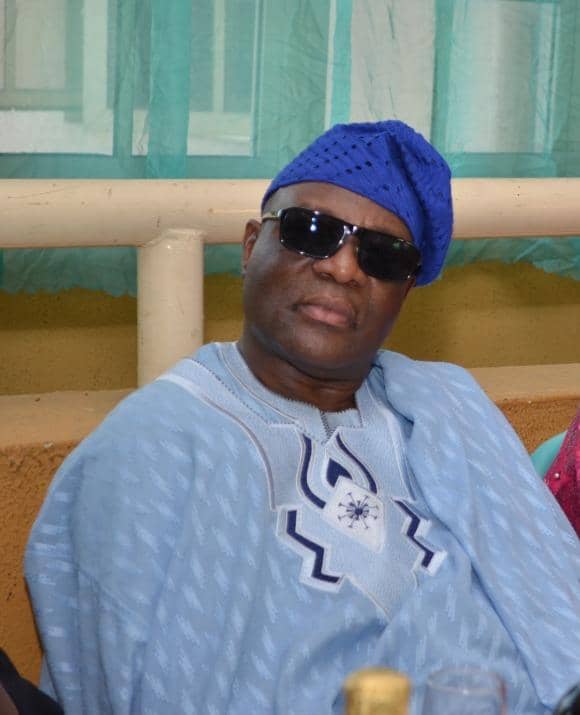 As we celebrate the septuagenarian milestone of Otunba Dr. Felix Babatunde Obada, FMMI, FIoD, FInsPM, today, it is pleasantly apt to reminisce on this quintessential gentleman and indefatigable visionary.

Uncle Tunde is by all standards, an adorable personality with an entrenched sense of responsibility to the family and to the nation-state. It is trite to say “behind every successful man is a woman” because in a juxtaposed commentary on the Obada household, it is right to say ‘behind a successful woman is a man.’ The man stood solidly behind his wife in her political trajectory that saw her becoming the Deputy Governor of Osun State, and later the Minister of Defence.

I recall the evolution of Her Excellency’s political career, kick-started essentially with divine regiment led by Dr. Babatunde Obada. The platform was named GOP (God’s Own Project), where Dr. Felix Obada prayed through her wife’s primaries, campaigns and eventual inauguration as Deputy Governor. He held forth at the home front in Lagos while the wife plied her trade in Osogbo and later Abuja when she was appointed Minister of State for Defence.

Genial and urbane with a suave outlook, he proved to be the stabilizing factor in moments his wife was buffeted by Nigeria’s centrifugal forces. He was the beacon of hope and the soothing shoulder in the treachery of the Nigerian politics.

For decades, Dr. Obada has been a remarkable force in the Nigerian Project. His passion and belief in Nigeria know no bounds, and has demonstrated these with projects that had the capability to launch the country into some contemporary advancement. I was with him in 2004 when he joined forces with Dr. Olu Agunloye and National Information Technology Development Agency to form National eGovernment Strategies (NeGSt), a special purpose vehicle under a Public Private Partnership model to drive government businesses technologically and transparently. I witnessed, with amazement, the sagacity with which he navigated the maze of government bureaucracy threatening the life of the project.

The subset of that laudable initiative was the launch of the NigeriaSat-1 satellite into the Lower Earth Orbit.

He also launched Global Biofuels Ltd, a company dedicated to the production of ethanol as a substitute to petroleum fuel. A strong advocate for development of sorghum, he believes that creating clusters of agro-allied industries in all the states to produce ethanol from crushed stalk of sorghum would transform Nigeria’s economy: from a single agro-allied industrial complex built around a farm of sorghum, Nigeria would produce ethanol to fuel vehicles, generate electric power, feed cattle and thereby reduce the constant friction caused by herders on farmlands; fruit canning and leather products would also be items to come from each cluster.

He launched TAS (Transparency, Accountability and Sustainability) to fight corruption in public places.

Despite his busy schedules, Dr. Babatunde Obada is not slowing down. Hugging the swimming pool with some light exercises have been his routine since time past, little wonder he still maintains his trim waistline and freshness. When he speaks, it is with a statesman’s candour, often displaying a permanent disarming smile. He is a perfect host you want to have close to you. Can I count the number of times he insisted I ate sumptuous meal whenever I visited, with an obligatory accompaniment of my kind of wine?

Comparing Dubai at 50 with Nigeria at 61

The APC logjam and other stories, by Simon Kolawole