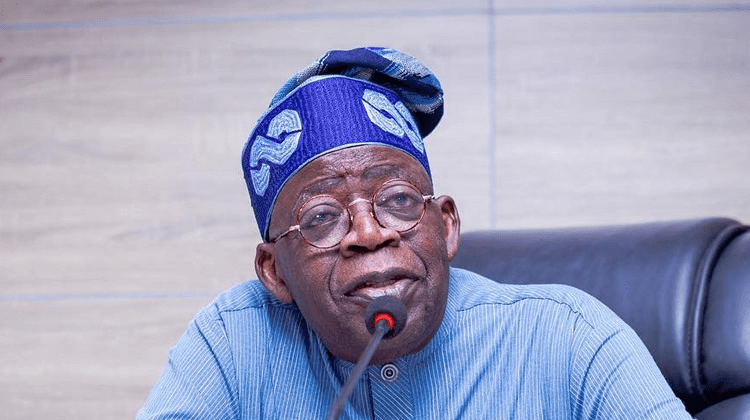 The parliamentarians of All Progressives Congress have rallied the support of their colleagues from other political parties for the party’s presidential candidate, Bola Tinubu, ahead of February 25 election.

The group of legislators both serving and former under the aegis of BAT Parliamentarians also said it has the target to deliver 10 million votes for Tinubu in southwest states.

The Coordinator of the BAT Parliamentarians in Ogun State, Abiodun Abudu-Balogun said the group has the mandate to mobilise and engage in a door to door campaigns across the state for Tinubu.

An elder statesman, Senator Akin Odunsi, the first female Speaker in the state, Hon Titi Oseni, and one of her predecessors, Suraj Adekumbi, were among the top former parliamentarians who attended the meeting.

Abudu-Balogun, who was a member of the House of Representatives, said the group has been mobilising and reaching out to lawmakers from other parties.

He added, “This group of people, the parliamentarians, their jobs essentially are to carry Asiwaju Bola Ahmed Tinubu/Shettima message down to the grassroots.

“Massive mobilisation, massive education and massive door-to-door campaigns all over the states. Their job is a grassroots mobilisation to deliver on the Tinubu/Shettima mandate by ensuring the candidate gets the maximum number of votes, nothing must be left out.

“The Asiwaju project is a collective project. By his nature, Asiwaju has touched so many lives, nationally. He has built many bridges. He has empowered the Yorubas, Hausas, Fulanis, Igbos, Efiks, Ibibios, Tivs, and anybody. Asiwaju is a highly detribalised Nigerian.

“And in his political career, he has interacted with almost who is who in this country. What I am saying in essence is that Asiwaju, being a master politician, has friends and well-wishers even in other political parties. We are taking advantage of that. The Asiwaju project should be seen as a common project of all irrespective of the political parties.

In their separate remarks, Odunsi and Oseni urged the residents to collect their Permanent Voter Cards to enable them to participate in the coming elections.

They expressed concern that with a few weeks to the elections, a huge number of PVCs have not been claimed by the owners.

We will deliver Tinubu as your successor, APC govs tell Buhari