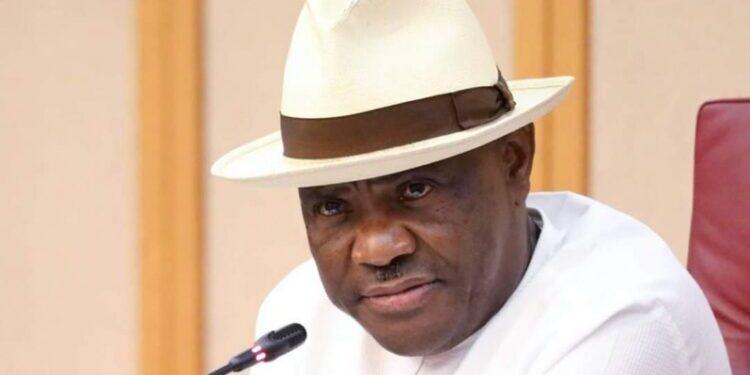 Rivers Governor Nyesom Wike has sustained his attack against his Niger Delta counterparts over the 13 percent derivation arrears paid by the Federal Government.

The Governor told them to dedicate three weeks to project inaugurations as he had done instead of criticising him for commending President Muhammadu Buhari.

He said some were hiding under some groups such as Akwa Ibom Professionals and Ijaw Professionals to insult him and called on them to stop behaving like cowards and come out openly.

Speaking while inaugurating the first-ever road to Rumuodogo communities in Emohua Local Government Area, Wike said some of his critics were spending four years executing one project.

Wike said he would never spend such a number of years on one project insisting that he had never done a project for more than a year and a half.

The Governor said he expected his colleagues to join him and thank President Muhammadu Buhari for releasing the money instead of attacking him, describing some of them as small people.

The Governor boasted that whereas some of his colleagues were made governors by their godfathers, he had no godfather and was able to defeat a sitting governor.

Wike said: “What is my crime today in the Niger Delta states? I said God thank President Buhari for giving me money to do this road. Did I commit any offence. I don’t know the offence that I committed for saying thank you.

“I am not a fan of Buhari. I am not one of those who go to Abuja to see them. But the truth must be told. When somebody had done well in an aspect, you say so. No matter how you hate me, won’t you give me the credit that I did Rumuodogo road?

Why Bandits are Yet to Release Abducted Niger Schoolboys, Staff