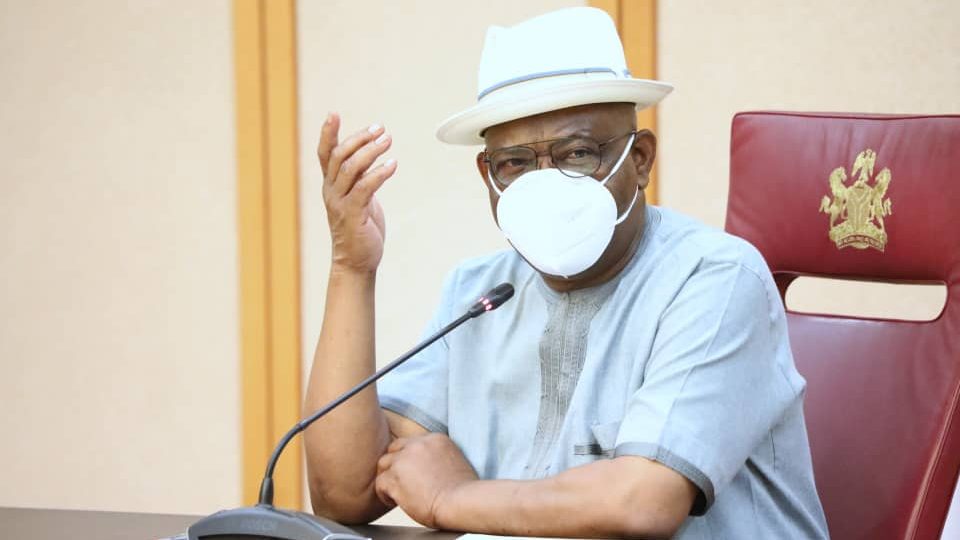 “You can imagine NDDC wasting ten billion to remove me here, is the money not wasted now?….. NDDC wasted ten billion naira to remove just one governor,” Wike said.

Wike said the commission has abandoned its core mandate and leaving those who canvassed for its establishment disillusioned.

“I don’t like talking about NDDC. It is unfortunate that those who fought for it, if they knew that this is how NDDC will be, I don’t think that they would have even asked for it.”

He noted that over the years various National Assembly committees on NDDC have not provided sufficient direction that will make the commission focus on its core mandate of developing the region.

Governor Wike said some politicians have transformed the NDDC into a cash cow for the prosecution of sinister political agenda.

The Governor urged Committee’s leadership to prevail on the management of the NDDC to embark on legacy infrastructural projects such as the eight flyover being constructed by the Rivers State government, and not to waste resources on doing 50 or 100 meter roads.

“You, as the Senate Committee Chairman, and that of the House Committee, you’re from the region too. You are supervising NDDC, so why not sit down with them to know what are the legacy projects that they want to carry out this year in the Niger Delta States. Tell them these are projects they must make sure first are being done.

“Rather than do that, you allow them do 50 or 100 meters road or a close that leads to someone’s house. What’s their business there?

The governor accused the presidency, the National Assembly and the ruling party for the gross inefficiency of the NDDC.

In his speech, chairman of the Senate Committee on Niger Delta, Senator Peter Nwaoboshi said they visited to assure Governor Wike, as the host of NDDC, that the commission will be supervised to perform within its core mandate.

“As a committee, we are aware that you have some reservation with the NDDC based on your state’s previous relationship with them. We have come to assure you that with the people you have seen here, who are patriotic Nigerians, that we will make sure that the aspirations and the aim of creating the NDDC will be achieved.

“We will do everything that is possible within the limits of the constitution through our oversight functions for them to achieve their objectives.”

Senator Nwaoboshi also commended the governor for having done well in providing security in Rivers State with NDDC benefiting from it.

He noted that Governor Wike has become the strongest voice that have continued to speak truth to power at the risk of his political career.

“We say without fear of contradiction that you are the strongest voice in the Niger Delta Region. You have always been courageous even at the risk of your political career to speak the truth to power.

“You have also advanced the interest of the people of Niger Delta. That is why anybody visiting Niger Delta will have nothing but to come and see that courageous man that is bestriding the area like a colossus.”

Outrage trails sack of policewoman who got pregnant out of wedlock