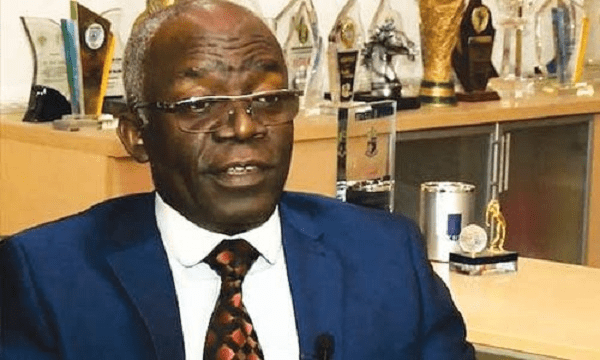 Activist-lawyer Femi Falana (SAN) has urged President Muhammadu Buhari to send a Supplementary Bill to the National Assembly to authorise the withdrawal of public funds from any account of the federation for the printing of the new naira notes.

He said unless this is done, the printing of the new naira notes – without appropriation by the National Assembly – may be declared illegal and unconstitutional, if it is challenged in a court of competent jurisdiction.

In a statement yesterday in Lagos, Falana, who is also the Chairman of Alliance on Surviving COVID-19 and Beyond (ASCAB), argued that a presidential endorsement is not sufficient to legitimise the redesigning of the naira notes.

He said this is because the fund for the printing of the new naira notes was not captured in the 2022 Appropriation Bill.

But the Minister of Finance, Budget and National Planning, Mrs. Zainab Ahmed, claimed that she was not consulted prior to the announcement.

President Buhari, however, confirmed that he endorsed the redesigning of the naira in line with Section 18 of the CBN Act, and has since unveiled the re-designed currency as proposed by the apex bank.

But Falana argued that the official endorsement is not sufficient as the President is mandatorily required to present a Money Bill to the National Assembly for the withdrawal of the billions of naira from public fund earmarked for the printing of the new naira notes.

Alluding to Section 59 of the Constitution, the frontline lawyer averred that the law requires “an Appropriation Bill or Supplementary Bill, including any other Bill for the payment, issue or withdrawal from the Consolidated Revenue Fund or any other public fund of the federation of any money charged thereon or any alteration in the amount of such payment, issue or withdrawal”.

How sex tape with my boyfriend leaked – Tiwa Savage

AfDB, WHO partner on health initiative for African physicians in the diaspora