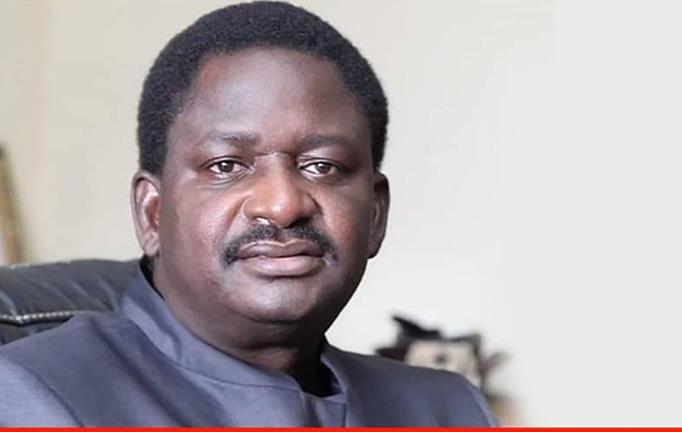 Femi Adesina, the Special Adviser, Media and Publicity to the President, Major General Muhammadu Buhari (retd.), has revealed why the president did not approve the impeachment of the former Ekiti State Governor, Ayodele Fayose, from office when he had the power and opportunity.

Adesina made the revelation in an article he wrote to celebrate Buhari on his 80th birthday slated for December 17 (tomorrow).

The president’s special adviser said it is because Buhari has “no malicious bone in his body,” that was why he did not effect Fayose’s impeachment through the Ekiti State House of Assembly, which at the time was largely dominated by members of the All Progressives Congress.

In the article titled ‘Buhari at 80: No Malicious Bone In His Body’, Adesina recalled how Fayose had tackled Buhari in the build up to the 2014 elections and how he had said the president if elected back then, would not survive his tenure in office.

He said Buhari could have retaliated when he assumed office and could have further ordered the Inspector General of Police to lock down the Ekiti State Assembly, but stated that the president chose peace instead.

He also recalled that instead of violence, Buhari gave Fayose a warm handshake during a Council of State meeting at the Presidential Villa.

Adesina wrote, “How about Ayo Fayose, the Irunmole that eats Jollof rice. The former Ekiti State Governor had taken a stand against Buhari since 2014, during the campaigns. There was that infamous advertisement he placed in newspapers, displaying a coffin, and insinuating that if Buhari was elected, he would not last the distance.

“Fayose’s party was beaten black and blue, and entered President Buhari. What would an average, vengeful person have done, if he were in the mould of the man with the teacup and saucer?

“When Buhari came, the Ekiti House of Assembly was largely populated by APC members, whom Fayose had inherited. What to do? Just give a directive: remove that Governor within a week, and he directs the Inspector General of Police to lock down the Assembly chamber. But not Buhari. Why? Because he has no malicious bone in his body.”