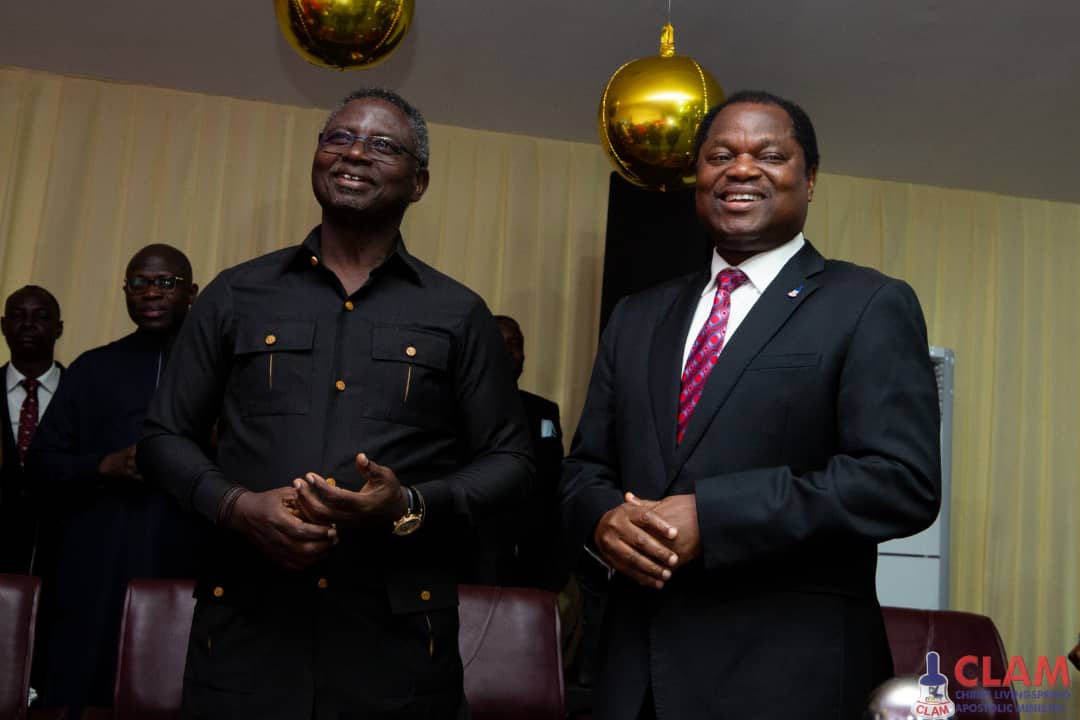 The ultra-modern auditorium of CLAM Prayer Centre, Lekki, Lagos, was inaugurated on Thursday in Lagos, with Pastor Wole Oladiyun, the Senior Pastor of CLAM Global, thanking God for the various ways through which He has fulfilled the CLAM vision in the last 24 years.

“This could only have been God. He made this possible, and all glory goes to Him. God is the vision giver, the provider, and the nurturer. He found us worthy to acquire this land and put up this structure. Ordinarily, it would have been difficult, but God made it possible, and backed us all the way”, he said.

He thanked his wife, Pastor Mrs. Bukola Oladiyun, and his entire family for their sacrifice and love. He thanked all CLAM members all over the world for giving their time, talents, and resources to the Ministry.

Pastor Matthew Ashimolowo, Senior Pastor, Kingsway International Christian Centre, KICC, who was the Guest MInister who performed the dedication and inauguration, commended Pastor Oladiyun for his rigid focus on the vision God gave him.

“I celebrate the grace of God, the call of God, and His goodness in the lives of Pastor Wole and Pastor Mrs. Bukola Oladiyun. He is sent by God and you can clearly see the hands of the Lord upon CLAM. Pastor Wole has been a blessing to the kingdom of God, and to humanity. I can assure you that eyes have not seen, ears have not heard, and the heart of man has not conceived what God will still do in CLAM. I celebrate his leadership because we are seeing today is a product of good leadership”, Pastor Ashimolowo added.

Pastor Akintunde Kolade, the Resident Pastor of CLAM Prayer Centre, Lekki, said the construction, which gulped over N200million, started in October 2021 and was fully funded by the Ministry without any loan. He commended members of CPC Lekki for their sacrificial giving which went a long way in making the project a reality.

The first phase of the project which was inaugurated yesterday will be occupied by CLAM’s Youth Ministry – The Ambassadors of Christ. The second phase, which will be the main worship centre, according to Pastor Kolade, will be completed by the end of 2022.

Lampard Sacked by Chelsea and Set to be Replaced by Tuchel