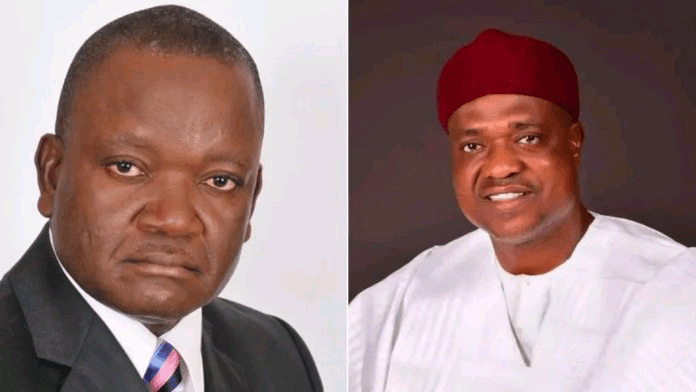 According to reports, Ogbu was kidnapped on Sunday night, December 4, 2022, alongside one of his in-laws and driver.

They were said to be en route Utonkon in Ado Local Government Area (LGA) when the incident happened.

The commissioner was said to have attended a Church programme, where Senator Abba Moro, representing Benue South Senatorial district, dedicated his newly inaugurated Campaign Council to God at St. Augustine Catholic Church, Otukpo and was going to his village in NDEKMA, Utonkon District of Ado LGA after the Church programme before meeting the unfortunate incident at about 8:45 pm.

His official vehicle had since been recovered from the scene and taken to the Divisional Police office in Otukpo.

Anene Sewuese, Benue police spokesperson, in a statement on Monday, confirmed the attack and said operatives are already on the trail of the criminals.

In a related development, thirteen worshippers are still being held in terrorists’ camps after they were abducted from a local mosque on Saturday night in Maigamji village of Funtua town in Katsina State.

It was gathered that the terrorists invaded the mosque around to 8 p.m. and asked the worshippers who were observing their night prayers “to follow them”.

Bashir Murtala, one of the worshippers who escaped, told this newspaper on the phone that the worshippers started running in different directions instead of following the terrorists.

He said the terrorists responded by shooting straight at the fleeing worshippers.