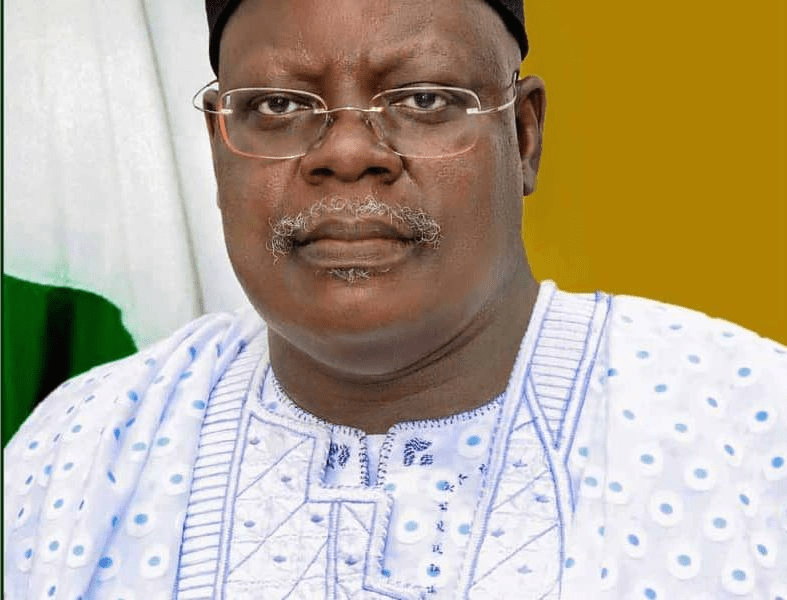 The Outgoing Clerk to the National Assembly, Mr. Olatunde Ojo, is set to spend his three months’ Pre-retirement Leave in office following the intervention of the Head of Service of the Federation, Mrs. Folashade Yemi-Esan.

Ojo is supposed to commence his mandatory three months Pre-retirement Leave today (Monday) November 14, preparatory to his final exit from office on February 14, 2023, when he would have attained the retirement age of 60 years.

He had earlier written the Chairman of the National Assembly Service Commission (NASC), Ahmed Amshi, seeking to spend the three months period on his desk.

Just before the Commissioners of NASC could sit on his request, Ojo withdrew the letter on Friday evening, creating an impression that he was ready to proceed on leave immediately.

The drama continued on Monday  morning when Mr. Smart Olanrewaju, the Chief of Staff to the Speaker of the House of Representatives, Rt. Hon. Femi Gbajabiamila, forwarded a letter from the Head of Service to the NASC.

The Office of the Speaker, had earlier written to the Hos, seeking her opinion on whether or not it was proper for Ojo to spend his three months Pre-retirement leave in office.

The Hos in the response said there was nothing wrong in Ojo’s request.

The letter, exclusively obtained by THISDAY in Abuja on Monday, was signed by a Director, Adebayo O. Odejinmi, for the Head of the Civil Service of the Federation

It was addressed to the Office of the Speaker House of Representatives, through the Chief of Staff.

Part of the letter read, ” I am directed to refer to your letter dated 10th November 2022 on the above subject seeking clarification on Pre-retirement Leave

“The pre-retirement leave is provided tor in the Public Service Rule (PSR) 100238 which states:

“Officers are required to give three months notice to retire from service before the effective date of retirement.

“At the commencement of the three months, officers should proceed immediately on the compulsory one month pre-retirement.workshop/semmnar,

“For the remaining two months retirng officers are expected fo take necessary measures to put their records straight so as to facilitate the speedy processing of their retirement benefits.

“Going by the provision, it is compulsory for the retirng  officer to give a notice of three months prior to his/her retirement.

“Among other intents this provision is to enable the MDA arrange a replacement in good time, for the officer.

“As provided in the rie and where organised, the retiring officer will attend the one-month pre-retirement seminar.

“He/she is expected, in his/her own interest. to gather his/her records from various MDAs. he/she might have served. This is to facilitate the processing of his/her retirement benefits,

“It Is therefore. not out of order if the officer chooses to work in the office during the period.

“Please accept,  the assurances of the warm regards of the Head of the Civil Service of the Federation.”

The Speaker, House of Representatives through his Chief of Staff, immediately conveyed the HoS letter to the NASC, with an written communication.

“I am directed to refer the National Assembly Service Commission to the correspondence from the Head of Civil Service of the Federation, HCSF/314/93 on the above subject.

“The Speaker of the House of Representatives has directed that the correspondence should be referred to the commission for guidance and clarification on the pre-retirement leave of a retiring civil servant.

“Attached herewith are copies of the above-referred correspondence, HCSF/314/93 and the official enquiry letter from the Honourable Speaker to the Head of Civil Service of the Federation dated November 10, 2022.

An investigation by THISDAY on Monday revealed that the development is already creating great tension in the federal parliament as the Commissioners of the NASC have been summoned to an emergency meeting this afternoon to deliberate on the matter.