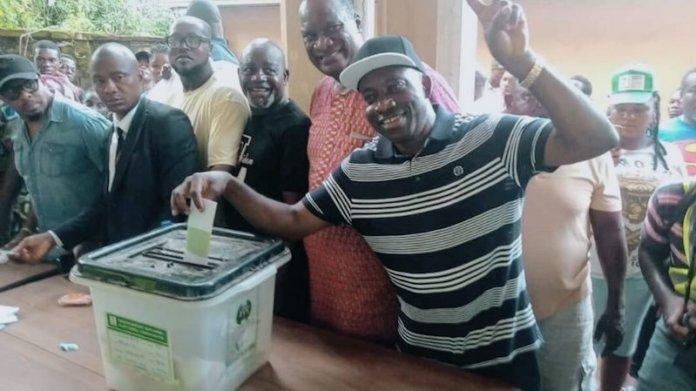 All things being equal, the candidate of All Progressives Grand Alliance (APGA) in Saturday’s governorship election in Anambra State, Professor Chukwuma Soludo, is set for victory, having so far won 17 out of the 21 local government areas of the state.
Many variables helped to sway the people’s vote.

In 2017, outgoing Governor Willie Obiano, a member of APGA, won all the 21 local government areas in the state in what is today popularly referred to as “21 over 21” by the party. During the campaigns for last Saturday’s election, Obiano had during a rally in Awka said, APGA was not only going to replicate the feat by winning all the local government areas, as it did in 2017, but would also go a notch higher to ensure victory in every ward in the state.

But, yesterday, from the results announced by the Independent National Electoral Commission (INEC), APGA failed to clear all 21 local government areas. Yet, it put up an impressive showing by winning 18 out of the 20 local government areas, whose results were announced.
From the results, the Young Progressives Party (YPP) won Nnewi North, where its candidate, Senator Ifeanyi Ubah, hails from, while the Peoples Democratic Party (PDP) won in Ogbaru Local Government Area.

What is clear, however, is that APGA has an overwhelming lead in the election with 18 local government areas, including Dunukofia, Awka South, Oyi, Ayamelum, Anambra East, Anaocha, Idemili South, and Onitsha South. Others are Njikoka, Orumba South, Onitsha North, Aguata, Idemili North, NNewi South, Awka North, and Anambra West. APGA also prevailed in the controversial Orumba North LGA poll which was declared in its favour late yesterday night. The result announced showed that PDP – 184, APC – 2672, APGA – 4787 bringing APGA to winning18 local governments, out of the 21 council areas in the state.

Except for Nnewi North, where Ubah won overwhelmingly, and Ogbaru, where the PDP won, all other local government areas were taken by APGA.

Many have attributed this level of success to both the popularity of APGA, which has come to be known as the predominant party in the state, the personality of Soludo, and the belief of the people in his ability to transform his dreams and ideas into reality, like he did at the Central Bank of Nigeria, when he was CBN Governor.

In Anaocha, where the leader of the PDP, and former governor of the state, Mr. Peter Obi, and Senator Uche Ekwunife hail from, APGA and Soludo braced the odds to poll the highest votes.

Soludo also won in Orumba South, where Dr Godwin Maduka of Accord hails from, and also in Idemili, where the chairman of United Nigeria Airline, Dr Obiora Okonkwo, comes from, and in Njikoka, where the Deputy Governor of Anambra, Dr Nkem Okeke, who recently defected to APC, comes from.

The state chairman of APGA, Chief Norbert Obi, once stated that APGA would rule Anambra for 50 years, but beyond such assertion, a public affairs analyst, Mr Okechukwu Eze, said the combination of APGA as a grassroots party, and the integrity and acceptability of Soludo were the reasons for the victory last Saturday.
“If not so, why did Soludo not win in 2010, when he contested on the platform of PDP, when he was even still very fresh from the CBN?” Eze asked.

My Husband’s Manhood Is A Threat To Womanhood