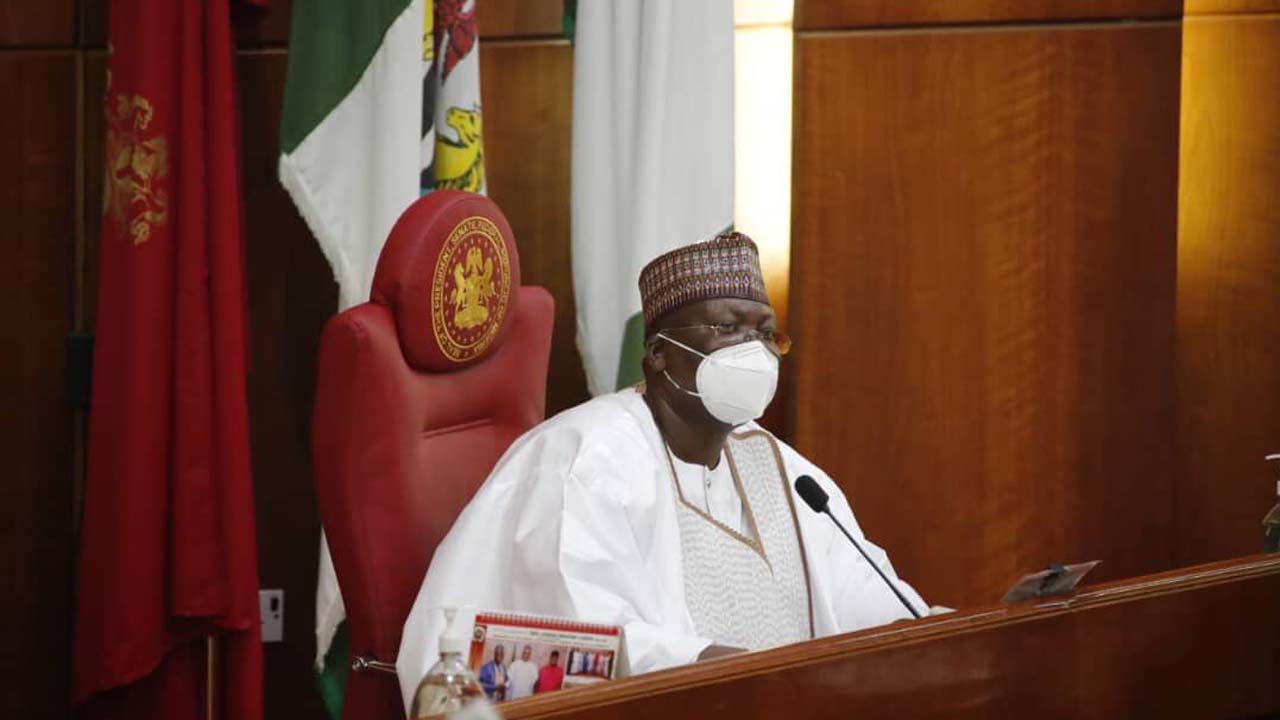 The Senate, yesterday, confirmed the appointment of the immediate past service chiefs as ambassadors.

Chairman of the Senate Committee on Foreign Affairs, Adamu Bulkachuwa, while presenting the committee’s report, said the committee screened the nominees carefully and thoroughly and was satisfied with their qualifications, character and general performance.

He added that the ex-military top brass displayed in-depth knowledge of international military diplomacy ,and urged the Senate to confirm them.

BUT a petition urging the Senate to throw the nominations out because of Senate’s past votes of no confidence in the ex service chiefs over their failure to contain terrorism, banditry and kidnapping was ignored by the Upper Chamber.

Senate Minority leader, Enyinnaya Abaribe, had shortly after the report of the Foreign Affairs committee, which screened the nominees, drawn attention to a petition, which asked the Senate to protect its integrity by sustaining its no confidence vote.

Abaribe noted that, having established thrice in the past that these former service chiefs were grossly incompetent in performance of their last assignments, the Senate would do a great disservice to its integrity if it cleared the nominees.

He asked the red chamber to compel the chairman of the Senate Committee on Foreign Affairs to explain why the committee ignored the petition and recommended the nominees for confirmation.

But, without waiting for Bulkachuwa’s response, the Senate President, Ahmad Lawan, interrupted proceedings and provided detailed explanations on why the Senate must confirm the nominees.

Lawan told the Senate the earlier votes of no confidence on the ex-service chiefs had no relationship with the new appointment, adding that the fact that the President removed the service chiefs was a credit to the Senate.

He then directed the Senate Majority leader, Abdullahi Yahaya, to move a motion for the final confirmation.

Another attempt by Abaribe to revisit the petition was hurriedly overruled by the Senate President.

REACTING to the development, Ambassador Joe Keshi, a career diplomat for 34 years, who served in Togo, Ethiopia, Belgium, the Netherlands, Namibia, Sierra Leone, expressed worry that the National Assembly, which had severely criticised the ex-service chiefs, turned around to okay them for higher responsibility.

He likened the lawmakers to U.S. legislators, who indicted ex-President Donald Trump only to turn around to acquit him.

He lamented that the diplomatic circles had suffered setback for years due to introduction of non-career ambassadors.

According to him, Nigeria’s foreign mission has about 60 per cent non-career ambassadors, stressing that the country has suffered a lot as a result of this.

He, however, said Buhari reserved the right to appoint whoever he chose, and that he would rather not bother himself with the appointment of ex-service chiefs while there were more pressing issues, like insecurity, to focus on.

“Virtually every day, kidnapping takes place. Out of every five kidnapping, only one is reported. This should be the issue bothering Nigerians, not the appointment of ex-service chiefs.

“We should focus on how to rebuild the country as quickly as possible. Young people do not have jobs and those that had lost them to the COVID-19 pandemic.”

Prof. Akin Oyebode, a former professor of international law and diplomacy of the University of Lagos, said the confirmation did not come as a surprise.

He said: “Their confirmation is in sync with President Buhari’s run of political appointments since he assumed office. I believe he merely wanted to banish them abroad for them to cool their heels, while he attends to more pressing national issues.”

Government’s indiscretion, lack of ingenuity and thoughtlessness, according to him, are very overwhelming.

He said: “I have developed a thick skin about the behaviour of this government. When the Buhari administration was inaugurated, I had every hope then and granted an interview where I expressed the opinion that the government was going to uplift this country.

“Nobody believed this government would be worse than what we had before Buhari. So, I am ashamed to own up to that interview today. As petty as it is, there are apparent reasons for these kinds of appointment and like I said, I am not shocked.”

The party, in a statement by its National Publicity Secretary, Kola Ologbondiyan, said it was shocking that despite reports of crime against humanity allegedly committed under the command of the former service chiefs, they were confirmed as ambassadors.

The party however insisted that the clearance “will not stop the investigation and possible prosecution of the accused commanders by the International Criminal Court (ICC) for crimes against humanity, which preliminary steps have already commenced by the ICC.”

The statement read:  “It is indeed horrendous that the APC leadership in the Senate could choose to betray Nigerians by rushing to clear the accused ex-service chiefs in a desperate attempt to grant them diplomatic immunity and shield them from investigation and prosecution for the atrocities committed against Nigerians under their command.

“It is indeed shameful that the APC leadership in the Senate could clear the ex-service chiefs, who the National Assembly had earlier indicted and requested for their sack over security failures and alleged compromises.”

The party added that the appointment had painted the National Assembly in a bad light before Nigerians and the international community.

UK Doctor Warns of an Impending Gonorrhoea Pandemic After Lockdown