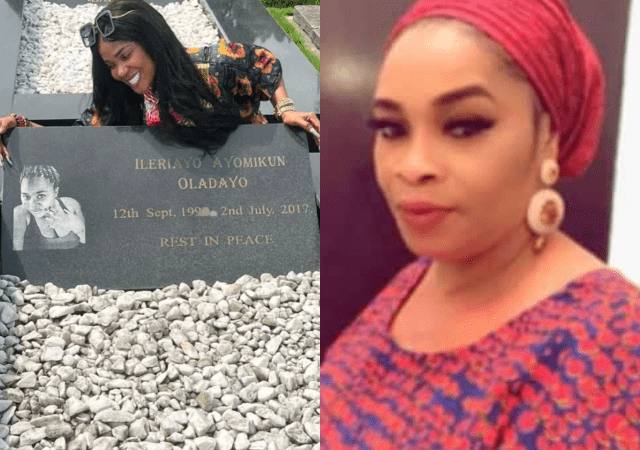 Actress Remi Oshodi, popularly known as Remi Surutu, has declared undying love for actress Iyabo Ojo who made her emotional by doing the unexpected for her dead daughter, Ayomikun Oladayo.

Iyabo Ojo described her mother as her guiding angel, urging her to keep watch over her siblings and children.

Following this, Iyabo Ojo made a quick stop at Remi Surutu’s daughter’s grave, where she took a picture of herself admiring the site.

Remi Surutu, who shared the photo on her verified Instagram page, was at a loss for words. She declared her undying love to Iyabo Ojo with a gratified and melted heart.