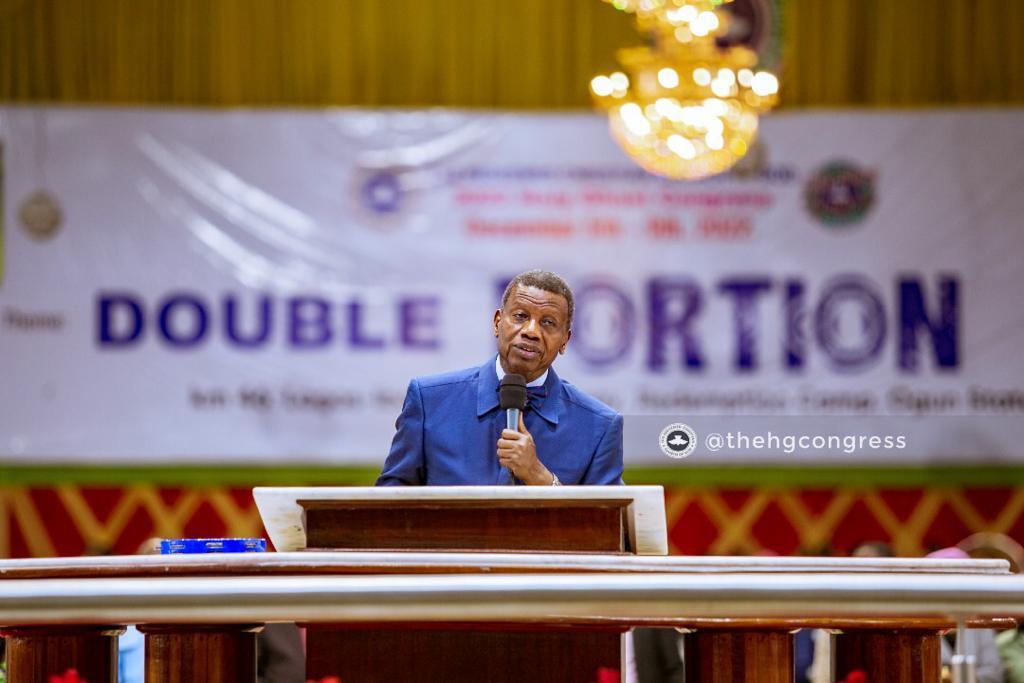 Some people avoid it by arriving for church services just early enough for the sermon, but today,  the praise and worship session, which they try to avoid, has become one of the high points of service in most churches.

At the Redeemed Christian Church of God (RCCG) Praise and Worship is given much prominence.

With a large Mass Choir of over two thousand members, an equally large band with modern instruments, the sessions have become increasingly popular with opportunities for people to sing; and dance, where appropriate.

Praise and Worship is a big deal at major programmes of the church at the Redemption City, all of which the General Overseer, Pastor Enoch Adejare Adeboye attends.

The ongoing Annual Holy Ghost Congress of the church is its 45th edition, but he has led all 45 services, preaching at all the plenaries.

On Sunday, he hinted that the opening plenary of the 2022 Annual Congress would be devoted to praising God.

In his sermon of the night, Pastor Adeboye said among the offerings prophesied in the Book of Jeremiah that people will bring to the Lord are burnt offerings and sacrifices, grain offerings and incense, and thanks offerings.

Out of the lot, the Scripture describes praise as the most acceptable to God

Indeed, what does one give to God who has everything? It is praise because He inhabits praise.

Pastor Adeboye explained that although God has a choir of billions of angels, who sing better than humans, He still looks for praise because He enjoys praise!

Continuing, he said praise is not thanksgiving, which is done in return for what He has done for you.

*Although He enjoys thanking him in advance as an act of faith, which pleases him – the Scripture says without faith is impossible to please God- and although He also enjoys thanking him when the battle is on or when we are facing a crisis, God loves Praise, which is not thanksgiving or worship.

Praise is when we are boasting about God. And according to Pastor Adeboye, there are many attributes of God to boast about; saying what He is.

* God is the highest as the Scripture says. He is higher than the highest, with Heaven as his throne and the earth is his footstool.

* He is the oldest. The Bible calls him the Ancient of Days, who predates everything, including the mountains of life we face. God existed before their beginnings. He is the Beginning of the beginnings

* He is the wisest, in who Wisdom resides and He is the one who dispenses wisdom to people like He did to Solomon

* He is the Alpha, so with Him nobody can tamper with your destiny. Before you were born He knew you and settled your destiny.

* He is unchanging and an unchanging changer. And He is coming again. He said, ‘behold I come quickly,’ coming to take you to where He resides.

* That is the joy of belonging to God by surrendering completely to Him. And that is why we sing Hallelujah to Him, the General Overseer noted.

Pastor Adeboye closed the sermon with the traditional invitation of people to the altar for salvation.

But he was not done. As he left the pulpit, he announced the commencement of the second part, which went on for about two more hours of praise and featured the choir and artists like Nathaniel Bassey.