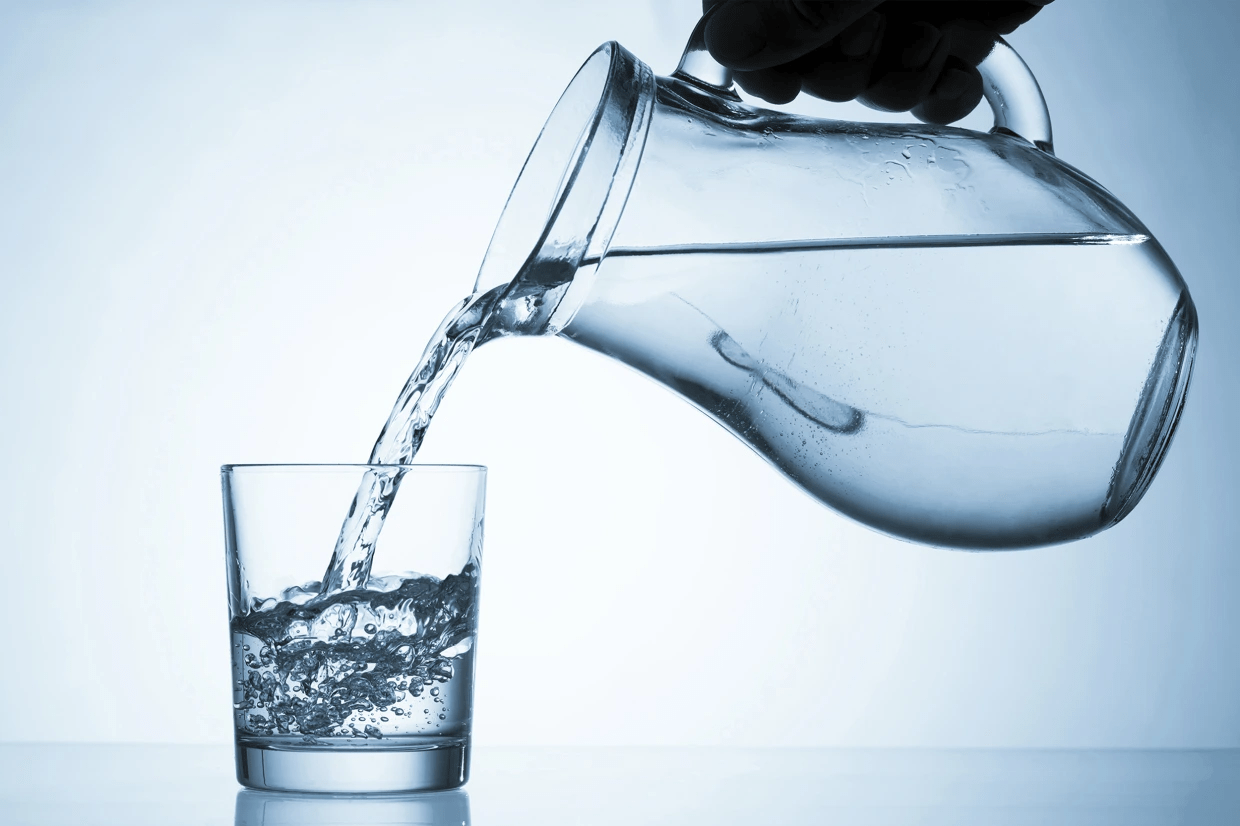 Findings from the National Institutes of Health suggest that people who don’t drink enough fluids could face a higher risk of disease, but some researchers aren’t convinced.

Adults who aren’t sufficiently hydrated may age faster, face a higher risk of chronic diseases and be more likely to die younger than those who stay well-hydrated, according to a new study from the National Institutes of Health.

The results, published Monday, are based on data collected over 25 years from more than 11,000 adults in the U.S. The participants attended their first medical visits at ages 45 to 66, then returned for follow-ups through at ages 70 to 90.

The researchers looked at levels of sodium in the participants’ blood as a proxy for hydration, because higher concentrations are a sign that they most likely weren’t consuming enough fluids. The researchers found that the participants with high blood-sodium levels aged faster physiologically than those with lower levels, which was reflected in health markers associated with aging, like high blood pressure, cholesterol and blood sugar.

The study participants all had blood-sodium concentrations considered to be within the normal range: 135 to 146 millimoles per liter. But the findings suggested that people with levels at the higher end of that normal range — above 144 millimoles per liter — were 50% more likely to show signs of physical aging beyond what would be expected for their years compared to people with lower blood-sodium levels. They also had a roughly 20% increased risk of premature death.

Even people with blood-sodium levels above 142 millimoles per liter had elevated risks of developing certain chronic diseases, including heart failure, stroke, chronic lung disease, diabetes and dementia, the study found.

“Risk to develop these diseases increases as we age and accumulate damages in various tissues in the body,” one of the study’s authors, Natalia Dmitrieva, a researcher at the NIH’s National Heart, Lung, and Blood Institute, said in an email.

Just as regular physical activity and proper nutrition are considered part of a healthy lifestyle, she said, “emerging evidence from our and other studies indicate that adding consistent good hydration to these healthy lifestyle choices may slow down the aging process even more.”

But the study authors cautioned that more research is needed to determine whether good hydration can help slow aging, prevent disease or lead to a longer life.

Appel said people would probably need much higher blood-sodium levels (150 millimoles per liter or above — the kind of dehydration one might experience during an extreme heat wave) to see negative health outcomes as a result.

He also cautioned that many factors besides hydration can influence a person’s blood-sodium level, such as taking diuretics, also known as water pills, for high blood pressure. Some people with neurological issues or other disabilities may also have higher-than-average blood-sodium levels, Dr. Mitchell Rosner, the chair of the University of Virginia Department of Medicine, said in an email.

Staying hydrated does have known health benefits. It can help people ward off joint pain and maintain normal body temperature, and it can prevent constipation or kidney stones, according to the Centers for Disease Control and Prevention.

Asher Rosinger, the director of the Water, Health and Nutrition Lab at Penn State College of Health and Human Development, said it’s more likely that chronic dehydration speeds the aging process than that good hydration could help slow it down.

Proper hydration “will ensure kidneys work properly and extra stress isn’t placed on the body physiologically,” he said in an email.

The National Academies of Medicine recommends six to nine 8-ounce cups of fluid per day for women and eight to 12 for men. Dmitrieva said those recommendations are ideal for an average person, and Rosner also found the guidelines reasonable. But both experts noted that people have different hydration needs based on their activity levels and the environment outside.

Appel, meanwhile, said the traditional recommendation to drink about eight glasses of water a day is “really not based on any scientific evidence.” His research has found that people’s normal drinking behavior usually leads to adequate hydration.

“Dehydration in the general population is just not a common issue,” he said.

The average U.S. adult drinks more than five cups of water a day, according to the CDC. Vegetables and fruits with high water contents, such as watermelon, celery and cucumbers, can also help with hydration. Dmitrieva said seltzer and unsweetened tea provide good hydration, as well.

As Rosner put it, “water is simply the best, but other beverages are fine in moderation.”

The unsolvable jigsaw of the Ikoyi tragedy, by Dele Momodu

How far can Peter Obi go? By Olusegun Adeniyi

Obasanjo to Aig-Imoukhuede: ‘You Must’ve Stepped On Some Toes — By Mike Awoyinfa