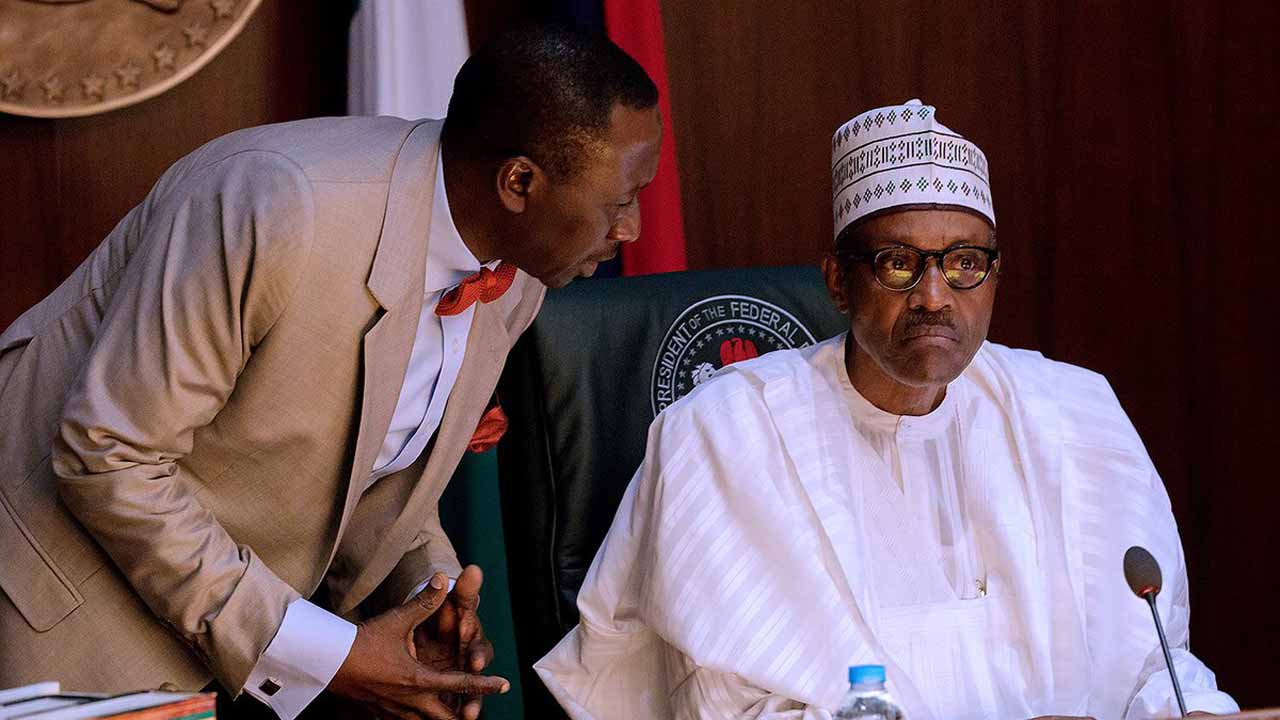 The party urged Buhari to immediately speak up and provide explanations to Nigerians on what it described as “another ugly testament of the stench of corruption oozing out from the Buhari Presidency and the APC, as a party.”

PDP also called on National Assembly to conduct a joint open inquest into the funds and other monies drawn purportedly for security of the nation under President Buhari’s watch.

The opposition party alerted Nigerians to the fact that “with this fresh $2.5 billion arms scandal, allegedly involving the National Security Adviser (NSA), Gen. Babagana Monguno, who had earlier revealed that $1 billion also for arms could not be traced, an alarming $3.5 billion (N1.3 trillion) meant for purchase of weapons to secure our country under the Buhari administration has not been accounted for”.

According to the PDP, “the exposed barefaced contract scam in the $2.5 billion scandal as well as the outright disappearance of the $1billion as earlier revealed by the NSA, showed that the level of corruption is high.”

“In fact, the unending exposure of sleaze in the security architecture of the Buhari-led administration has further heightened apprehensions in the public space that the security situation has been turned into a huge racket for corrupt enrichment of a few.”

The party demanded that the Buhari Presidency should come clean and offer explanations on both the $2.5 billion and $1 billion.

Atiku described the move as an unwise use of scarce funds, particularly at this critical juncture and for multiplicity of reasons.

To him, the cost appears too prohibitive, especially in view of the fact that Shell Petroleum Development Company (SPDC) last year sold its Martinez Refinery in California (USA), which is of a similar size as the Port Harcourt Refinery, for $1.2 billion.

Atiku raised issues about whether or not due diligence had been done, particularly in respect of public tender, before the cost was announced.

“Was due diligence performed? This is because we are certainly not getting value for money. Not by a long stretch.”

The former vice president, advised: “We must bear in mind that the Shell Martinez Refinery is more profitable than the Port Harcourt Refinery.

“First of all, our refineries have been loss-making for multiple years. At other times, I have counselled that the best course of action would be to privatise our refineries so they can be run more effectively and efficiently.

“At this critical period, we must as a nation be prudent with use of whatever revenue we are able to generate, and even if we must borrow, we must do so with utmost responsibility and discipline.”

According to Atiku, it is a well-known fact that Nigeria’s economy is in dire straits with unemployment reaching an all time high of 33 per cent, while inflation has hit another record high of 17 per cent.

“We cannot as a nation expect to make economic progress if we continue to fund inefficiency, and we are going too deep into the debt trap for unnecessarily overpriced projects.

“Our national debt has grown from ₦12 trillion in 2015 to ₦32.9 trillion today. Surely that is shocking enough to cause us to be more prudent in the way we commit future generations into the bondage of bonds and debt,” he said.