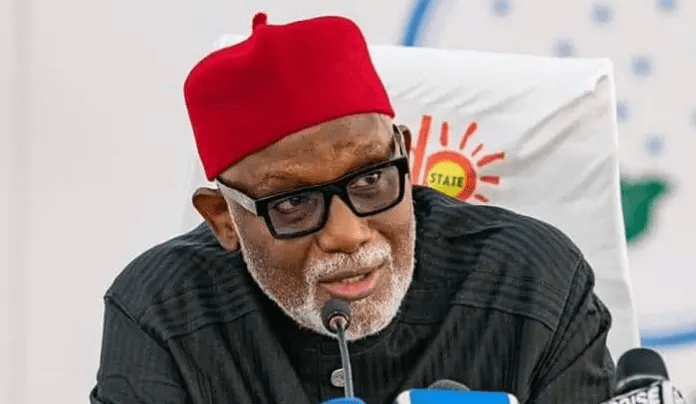 The Ondo State Government has refuted claims by the senator representing Ondo Central District, Ayo Akinyelure, that the Nigeria COVID-19 Action Recovery and Economic Stimulus (NG-CARES) was converted into a state programme.

It also described as spurious Akinyelure’s allegation that the state hijacked and converted a Federal Government free grant of N3.2 million per small-scale business owner targeted to cover about 5,000 beneficiaries to a state programme where only N300,000 was given to each beneficiary.

Akinyelure was said to have made the allegations during a recent Senate committee meeting with the Executive Director of the Bank of Industry (BoI).

A statement by the state’s Commissioner for Information and Orientation, Bamidele Ademola-Olateju, said the allegations were false in content, misleading in context, and ludicrous in theatrical delivery, noting that “the NG-CARES programme adopted as Ondo CARES programme, is in line with the Federal Government’s directive, which allows states to domesticate the scheme.”

In another development, an Ondo State High Court sitting in Akure, yesterday, nullified the impeachment of Iroju Ogundeji as the Deputy Speaker of Ondo State House of Assembly, and sacked the incumbent Deputy Speaker, Samuel Aderoboye.

The court, which described as illegal, null, and void the purported removal of Ogundeji on November 24, 2020, also ordered the House to immediately reinstate Ogundeji as the Deputy Speaker.

The trial judge, Adetan Osadebey, said the lawmaker was not given fair hearing, particularly that the purported impeachment had been carried out before the panel to investigate him was set up by the Assembly.

Justice Osadebey, therefore, awarded N10 million as damages for the legislator’s humiliation during his alleged impeachment and suspension from the Assembly.

14 migrants including Nigerians die as boat catches fire in Senegal