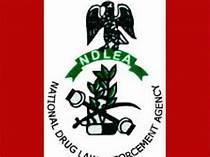 The National Drug Law Enforcement Agency (NDLEA)has declared that out of every four drug abuse persons, one is a female.

The NDLEA/Chief Executive Officer, Brig-Gen. Buba Marwa (rtd), made the disclosure in Benin City, capital of Edo State the second edition of Betsy Obaseki Women Football Tournament (BOWFT) with the theme: “Say No to Drugs”.

Against this premise, Marwa, who was represented by his Special Adviser, Otunba Lanre Ipinmisho, said focusing on the girl-child and young women was strategic in the effort to curb the rising trend of drug abuse among Nigerians.

He also noted that a national survey currently carried out had shown that 14.3million Nigerians, most of them overwhelmingly youths abuse drugs, adding that the country has an exceptionally high drug of prevalence of 14.4 percent.

Declaring the programme open, Edo State Governor, Mr. Godwin Obaseki, noted that the ongoing industrial action by the Academic Staff Union of Universities (ASUU) has heightened the cases of drug abuse in the state.

The governor noted that a study conducted in the state had shown that drug abuse has assumed a new dimension and, second to kidnapping in the rating of social vices.

According to him, drug abuse is a crisis that the state has taken upon to make call for collective action to tackle.

“It is a crisis, not only here, but also globally.

“This is why we have taken it upon ourselves to make the call for collective action among different stakeholders to forge a common font to tackle the issue of drug abuse.

“The adverse effects of drug abuse have robbed many youths of their lives, condemning them to a life dependent on drugs.

“This limits their abilities to properly function in our society and deprives the society of the much-needed human capital to drive productivity and economic growth.

“In sports, drug abuse has remained a course for concern with athletes losing individual and group medals and honours as a result of drug-related offences.

“It is a global issue that has continued to play into our sporting competition.

“While some may argue that this issue is not directed applied to us in Nigeria, we are reminded that Nigeria risks losing one of the medals won in the just concluded Commonwealth Games on the account of suspicion of prohibited drugs,” he said.

Obaseki, however, advocated more support for the National Drugs Laws Enforcement Agency (NDLEA) to tackle the incident of drugs abuse in the state.

He assured that the state was willing, ready and prepare to work with the agency and deploy as much resources as required to combat the menace.

Given the severity of the situation, he said Nigeria needed to move away from old ways of tackling drug issues and adopt new measures that were effective and would deliver lasting gains.

In a goodwill message, Mrs. Bisi Fayemi, who spoke on behalf of the Nigerian Governors’ Wives Forum lauded the organiser for the initiative.

Earlier in her welcome address, Chairman of the Organising Committee and First Lady of Edo, Mrs. Betsy   Obaseki,  said the tournament was conceived to discourage women and girls embarking on illegal migration.

The platform, she said was to prove that women could earn their dollars at home if building a career in football.