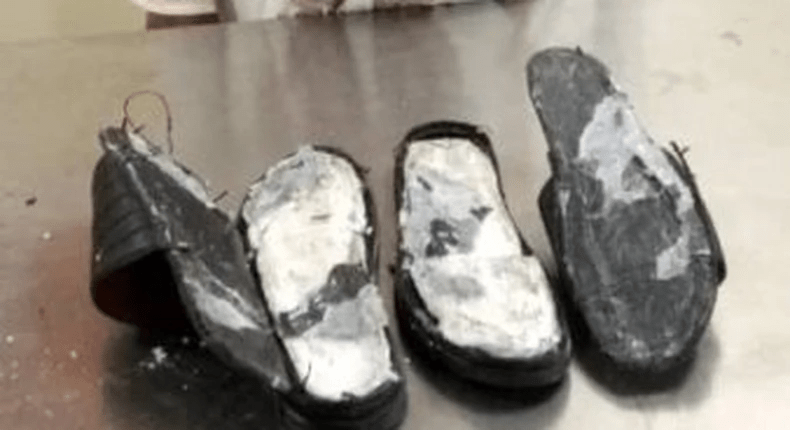 This is contained in a statement by the Director, Media and Advocacy, NDLEA, Mr. Femi Babafemi, on Sunday in Abuja.

Babafemi said the 56-year-old widow and mother of four, Mrs. Kehinde Ajisegiri, was arrested over her attempt to traffic 400 grams of cocaine concealed in her footwear to Makkah, Saudi Arabia.

He said the suspect who claimed to be a businesswoman trading in adults’ and children’s wear on Lagos Island was intercepted on Sunday, Nov. 13.

This, he said, was when the suspect was trying to board a Qatar Airways flight going to Saudi Arabia via Doha.

“Upon a critical examination of the pair of sandals she was wearing, two parcels of cocaine weighing 400 grams were recovered from them,” he said.

In the same vein, attempts by a tricycle parts seller, Tayo Ayoade, to send 1kg of Tramadol 225mg and Rohypnol to Istanbul, Turkey, via Cairo on an Egypt Airline flight was frustrated.

Babafemi said the suspect was arrested on Sunday, Nov. 13 by the operatives of the NDLEA.

“He was at the airport to hand over the drugs hidden inside a bag of food items to an intending passenger, Idowu Ayoade, but was arrested,” he said.

Why I want to be Anambra State governor – Soludo