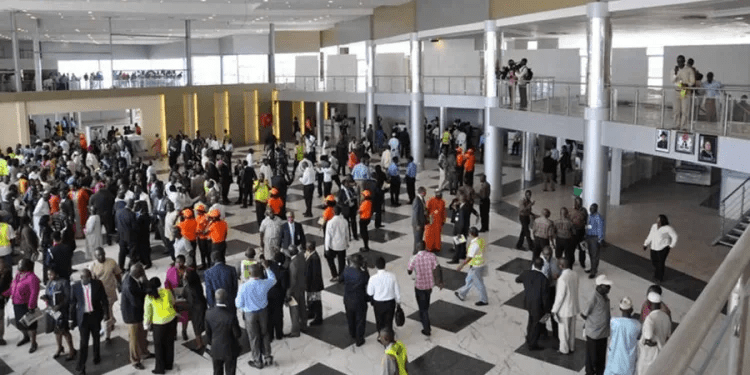 Barely hours after the workers of the Nigerian Ground Handling Company (NAHCO) Plc embarked on an indefinite strike over poor conditions of service, the company’s management has withdrawn a lawsuit it earlier filed against them.

At a meeting earlier this afternoon, resolutions were jointly signed by three major parties involved in the crisis. As seen by Nairametrics, the resolutions stated that the management of NAHCO withdrew the suit immediately to give room for negotiations.

There were also five observers at the meeting.

The resolutions stated that the ground handling company’s management had decided to withdraw the suit and vacate the earlier obtained court order of last Friday,

More details of the agreements: The statement seen by Nairametrics further disclosed that a counteroffer to the unions’ demands would be issued by the management of NAHCO before the close of business today (Monday).

Parties also agreed that negotiations on staff welfare would commence on Wednesday, while it expected all negotiations to be concluded within a week. The resolutions added: “All staff should resume work immediately. No staff would be victimized as a result of the strike action.”

Airlines suffered losses: Meanwhile, the strike this morning affected many airlines that are serviced by NAHCO. Air Peace, which is NAHCO’s biggest client, said it lost at least N500 million to the strike.

A statement by Air Peace’s Spokesman, Mr Stanley Olisa, said the management of the ground handling company did not inform anybody ahead of the strike. He said:

The airline regretted the impact of the disruptions on the travel plans of its passengers and implored the travelling passengers to desist from assaulting its staff.

In case you missed it: Recall that the staff of the company had an early morning on Monday down tools following “poor wages.”

Qatar Airways had to make an air return to Doha with Nigerian-bound passengers due to the action of the workers, which has paralysed the industry.

Other international airlines that may be affected by the disruption to work include Virgin Atlantic, Kenya Airways, Turkish Airlines, Lufthansa, KLM, Delta Air Lines, Air France, AKSY, Egypt Air and Rwandair amongst others.

14 Things Every Nigerian Should know About The Constitution