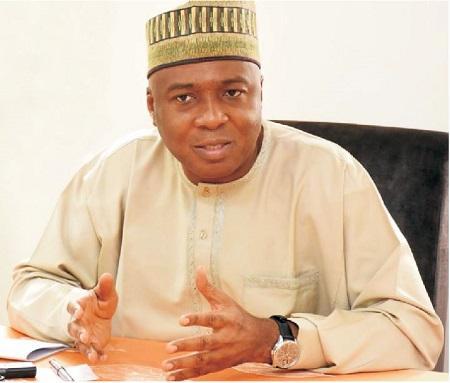 A former Senate President Dr. Olubukola Saraki has said the ruling All Progressives Congress (APC) will soon be hit by massive defections as a former Governor and some bigwigs are set to dump the party for the Peoples Democratic Party (PDP)

The APC however said the former Kwara Governor must be engrossed by his imagination, dismissing his claim as “mere wishful thinking”, insisting the party has never been so strong.

Saraki, in an interview on Arise TV on Tuesday, said APC members were concluding plans to defect to the opposition PDP ahead of the 2023 general elections across the country.

Saraki, who debunked the insinuation that he may defect to the APC, said the reverse was the case as the ruling party will witness a gale of defection this week.

The former Senate President noted that the recent defection of some PDP Governors to APC was not surprising, as the party was aware of their moves.

He however said the defection of the Governors has brought huge political fortune for his party.

According to him: “There were certain Governors that we already know that they will leave. And we were not surprised that they defected to the APC. Since then, we have had some bigwigs that joined us. Also in this week, there is a former governor that is going to join our party, PDP.

“Aside from that, we know that some of the leaders in the ruling party will not defect early, rather they do it late. And you saw that during the 2015 election. So, keep watching, And Nigerians will not be surprised when they begin to see some defections from the ruling party to the PDP.”

He blamed the current crisis in the country on what he described as bad leadership of the ruling APC and assured the PDP will change the narratives come 2023.

“We (PDP) have the potentials to turn the country around and that is why I believe with the right leadership, things can change in the country.

“I often say that no one can give whatever he does not have. In 2023, we have to get it right, and to do that, we needed the right kind of leadership,” he stated.

He maintained that the ruling party has never been so solid, insisting that the defection theory of Saraki was nothing but his imagination.

“As a political party, we don’t play to the gallery with opposition. We always speak the truth, especially when we are replying to a friend who can still join our party. Mind you he (Senator Saraki) was one of the founding members of our party, who left for PDP because of power struggle.”

Throwing Saraki’s statement to the winds, Akpanudoedehe said: “I want Nigerians to wait and see if what he says will come to pass. Some politicians are forum seekers, who jump from one place to another. All I will say, Nigerians should watch and see if his (Saraki) prophesy will come to pass or not.

“APC is solid. The speculation of the gale of defection is best described as his (Saraki) imagination.”

The APC scribe advised the opposition not to delude itself over winning power in 2023.

“The irony of it is that if you put APC and PDP side-by-side, it is a known fact that Nigerians will continue to choose APC because Nigerians will not forget the bad governance of PDP in a hurry.”