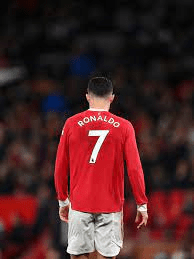 Manchester United plan to resolve Cristiano Ronaldo’s future before their first game back after the World Cup on 21 December.

United released a statement on Friday explaining they have ‘initiated appropriate steps’ following the 37-year-old’s explosive interview with Piers Morgan.

ESPN report the Premier League side would prefer not to sue the player in order to avoid a potentially lengthy legal battle. Ronaldo’s response to their plans to terminate his deal will decide their course of action but United are hoping to have the matter fully resolved before the return of the domestic season.

Ronaldo is currently with the Portugal squad ahead of their World Cup group opener against Ghana on Thursday. United’s season officially restarts on 21 December when Erik ten Hag’s side host Burnley in the Carabao Cup before Premier League action resumes against Nottingham Forest on 27 December.

United hopes for a decision to be finalised before then.

Ronaldo has also been told he is not welcome back at United’s Carrington training base, even in the event of Portugal suffering an early World Cup exit.

Ronaldo will not be welcome back at United training (Picture: Getty)

Ten Hag has informed the United hierarchy that Ronaldo should not play for the club again, having revealed in his interview with Morgan that he does not respect the former Ajax boss.

Ronaldo also took aim at club owners the Glazer family, club legends Wayne Rooney and Gary Neville in addition to questioning the dedication of some of the club’s young players.

I don’t think that word [respect] is the best one, they live in a different era,’ Ronaldo said of some of his younger teammates. ‘I can see with my kid, who is 12 years old, the mentality is not the same.’

Asked about the difference between United’s young players and players his own age, Ronaldo added: ‘The hunger. They have things more easily. Everything is easy. They don’t suffer, they don’t care. I don’t mean just Man United, but all teams. They are not the same as my generation.

‘But we cannot blame them. It is part of the life of the new generation, the new technologies that distract them from other things.

‘They are not the same. They listen, but they hear one side [and it goes out the other ear]. It doesn’t surprise me, but it is a shame.’