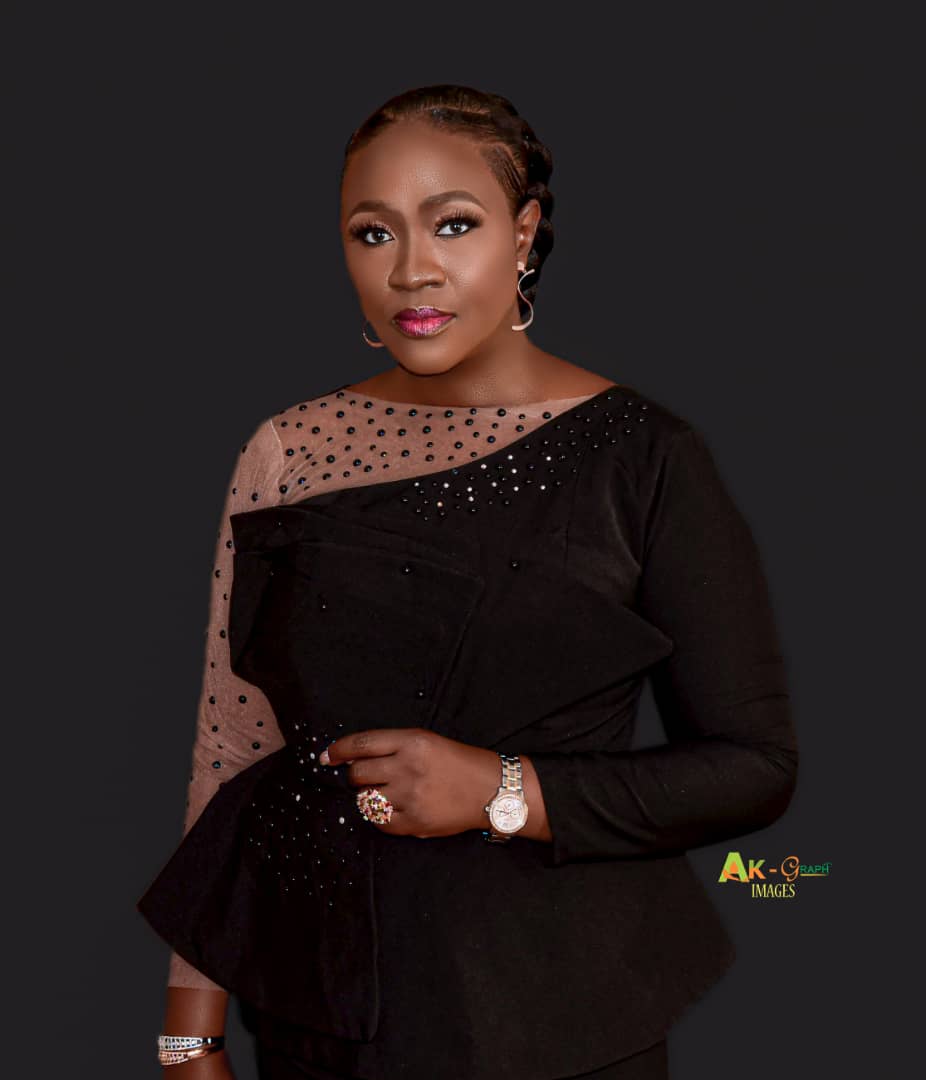 Lara was born in Kaduna to Mr. James Moritiwon and Sarah Ebun Moritiwon (both deceased). She hails from Okunland, the Yoruba-speaking part of Kogi State, specifically Egbe town in the West-Yagba Local Government Area. She is the third child and second daughter of her parents. Her parents were Nursing Administrators in the then Kaduna State which necessitated their being transferred from place to place in the course of their Nursing career. As a result, her family lived in Kaduna, Kafanchan, Daura, and Katsina from where her parents retired as Principal Nursing Officers in 1983.

She started formal education at the Baptist Nursery/Primary School Bakin Kogi II, Kafanchan in Southern Kaduna State. She also attended Daura II Primary School, as well as Daurama Primary school, Daura. She completed her primary education at Odoji Primary School, Katsina. From there she gained admission into Federal Government Girls’ College, Kazaure in the then Kano State (now Jigawa State) in 1981 and finished in 1986.  She proceeded to the University of Jos in 1988 after she spent two years at Kwara Tech, now Kwara Poly for her A ‘Levels.  From the University of Jos, she graduated in 1991 with a Bachelor of Arts Degree in Religion and Philosophy. She served in the National Youth Service Corps in Ngoshe, Borno State from 1991-1992.

Lara started her journalism career at The Punch Newspaper, Lagos in 1993 from where she moved to The News Magazine also in Lagos in 1994. There she served as a reporter under seasoned writers like Bayo Onanuga, Kunle Ajibade, Babafemi Ojudu, and Dapo Olorunyomi. In 2004, she worked for three years in Silverbird TV, Lagos under Stella Din. Lara was a pioneer staff of the TV station. From Silverbird she moved to MBI TV, Lagos in 2007 where she served as the Head of Reportorial and as an editor. She was transferred to Abuja in 2008 to head the Abuja office.

Lara joined the African Independent Television, AIT Abuja in 2009 as an editor and news presenter. She rose to the position of Assistant Head of Presentation.  At AIT she became one of the most prominent news anchors and On-Air Personalities. In 2015, she took a four-year leave of absence from AIT to serve as Special Assistant (Media) to the Deputy Speaker of the House of Representatives. She took another leave of absence to serve as Special Adviser on New and Electronic media to the Deputy President of the Senate, a position she holds to date.

Lara lost her second son, Timilehin to Leukemia in 2012. She then went on to establish a Foundation in his memory in 2013 – The Timilehin Hope Foundation (THF). Its focus is on pregnant, unwed teenage mothers who drop out of school. The Foundation helps put them back in school footing all their bills. So far, several teenage mums have been helped through the THF.

Lara also uses her online platforms to help the downtrodden in society. She has been the voice of the voiceless and has used the same platforms for several charity works including paying off school and medical bills and providing accommodation for the homeless among others. Lara runs a private Christian group for widowed and divorced singles. Through the forum, many have found encouragement, and community help, and some have even been able to remarry after locating eligible partners.

Lara has a huge online following, especially on Facebook where she has over 55, 0000 followers. Through her verified platform, she puts out information, addresses national issues by putting them in the correct perspective, rallies to help people in need at various levels, and generally provides mentorship to a countless number of people from all walks of life all around the globe. She is an unapologetic advocate of the rights of people, especially the downtrodden. She often shares her own life experiences ranging from juggling married/family life with a career, living out one’s faith day by day, being one’s brother’s keeper, etc. Her love for people is legendary!

She enjoys singing (she plays the guitar), and is a terrific cook who delights in entertaining guests at home, when not carrying the food to them in their homes, offices, church, etc. Her first son puts it succinctly when he says “nobody’s cooking is anywhere near my mum’s!”

Here is Wendy Okolo, the 26-year-old Nigerian who is the first African-American to bag a Ph.D. in Aerospace Engineering in the US

With Ikenne restoration crusade, CLAM consolidates on its vision of apostolic revival for global soul harvesting