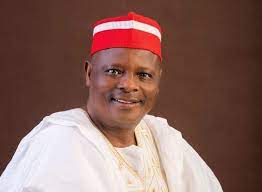 A former Governor of Kano State, Rabiu Kwankwaso, says he is considering succeeding the President, Major General Muhammadu Buhari (retd.), in the next presidential election in 2023 on the platform of the Peoples Democratic Party.

This is just as the Publisher of Ovation International and The Boss magazines, Dele Momodu, on Monday declared his presidential ambition also under the PDP.

A former presidential spokesman, Dr Doyin Okupe, had earlier in 2021 declared his ambition.

While these men have yet to officially declare their presidential bid, other suspected aspirants in the PDP include former Vice-President, Atiku Abubakar; Governors Aminu Tambuwal (Sokoto State) and Bala Mohammed (Bauchi State), among others.

Kwankwanso, while featuring on Sunday Politics, a current affairs programme on Channels television monitored by our correspondent on Sunday, dismissed the power rotation between the North and the South as well as religious considerations for the president and the vice-president.

Kwankwaso, while in the APC, was among the aspirants who contested against Buhari for the party’s ticket in 2015 and 2019.

When asked if he still had the ambition to become the President of Nigeria, he said, “The answer is: right at the moment, I am making all the necessary consultations and contacts. We have friends all over the country; we are talking to each other and I believe that we are almost there because this is 2022 and the election itself is coming (in the) the first quarter of 2023.

“I think it is a matter of a little bit of patience. I think in the next couple of months everything will be clear and will even invite you to come and hear our position on the issue of the contest. We don’t just go into the field.”

When asked about the North retaining power after Buhari’s presidency and not shifting to the South, Kwankwaso said, “Many people are mixing what ordinarily shouldn’t come together at all. We have PDP, we have APC, we have APGA and we have many other parties today in this country. The issue of where a party puts its presidency or vice-presidency is a matter of strategy.

The ex-governor noted that he had always supported presidential candidates from the South since the defunct Third Republic.

Kwankwaso also dismissed the report that he was considering dumping the PDP to rejoin the All Progressives Congress.

Meanwhile, Momodu, who also featured on Morning Show, a breakfast programme on Arise News Television, on Monday, also said he was now better prepared to contest for president, saying he is a younger candidate to take power from the old politicians Nigerians have always condemned.

“Since you want me to declare, I might as well declare right here. Let me say (that) I am very ready. I always tell you: it is impossible to be the president of a country as big and as diverse, complex and as complicated as Nigeria if you have not prepared for it,” he maintained.