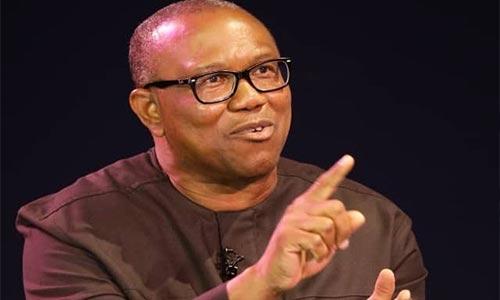 Jimi Agbaje, a pharmacist and politician, has described Peter Obi, the former vice-presidential candidate in the 2019 election, as his ideal governor. Obi was the governor of Anambra state between 2007 and 2014.

In an interview with Chude Jideonwo, a media entrepreneur, Agbaje said he was impressed with Obi’s style of governance. “He had always been my best governor even when I didn’t know him,” he said.

“I’ve always said that this was my best governor. He’s been the kind of governor I would want to be. He tried to be himself. He was there for service, not self.”

Agbaje, who has unsuccessfully vied to be Lagos state governor twice, also spoke of how he turned down an offer to be deputy governor in 2007.

Agbaje was once a member of the now-defunct Action Congress of Nigeria (ACN). In 2007, he left the party to contest for the Lagos governorship election on the platform of the Democratic Peoples Alliance (DPA).

He said the ACN had asked him to drop his governorship ambition and become a running mate to another candidate in the party.

“In 2007, before I left the ruling party (Action Congress of Nigeria), I was offered the deputy governor post, and I was told I couldn’t be the governor,” he said.

“I asked them, ‘to whom?’, and of course they said, ‘to this person. And I said ‘but we are in the same senatorial district’.

“And the answer was ‘we have worked that out, we will say you’re from this other senatorial district’. Advertisement

“But then, my attitude was ‘why not change it around and let the person who you want to be governor say he’s from that senatorial district’.

“I’m saying this to say that it’s not about just power for the sake of it. Because then, I could have been deputy governor.”

JUST IN: I will speak soon on Atiku- Wike