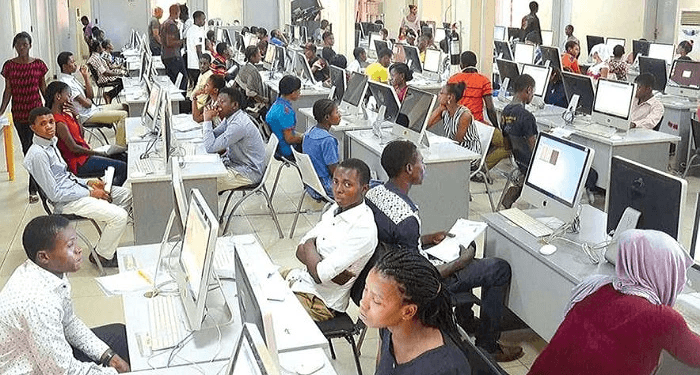 The Joint Admissions and Matriculation Board (JAMB) has announced it is coming up with modified guidelines for the conduct of the Unified Tertiary Matriculation Examination (UTME).

The announcement was made on JAMB’s Weekly Bulletin of the Office of the Registrar on Monday, in Abuja following a communique after a five-day brainstorming retreat for the management staff, which was held from September 19-23.

One of the modified guidelines includes new ways to further strengthen the conduct of the UTME accreditation centers which says, new Computer-Based Test (CBT) centres that do not meet the new requirements will not be accredited.

According to JAMB, some of the modification areas include the registration of candidates, examination process, results management, and general administration.

The Board also revealed that it is considering separating UTME registration from that of Direct Entry (DE) beginning from 2023.

“It became necessary for the board to modify its operations towards achieving far-reaching improvements on various issues emanating from the registration process and biometric challenges, among other operational procedures.

“Hence, no new Computer-Based Test (CBT) centre would be accredited without meeting the new requirements.

“To this end, new CBT centres must use laptop computer systems as clients, zero thin-dients or Remote Desktop Protocol would no longer be accepted.”

Jamb also revealed that dummy exams will be held a day before the UTME to confirm the readiness of the centre.

Each accredited CBT centre is expected to have two additional registration outlets within its state of operation.

“It is now mandatory that the Autobot system be used for the accreditation of CBT centres; there should be three Autobot tests: Pre-accreditation during Mock – UTME and the dummy examination.” The bulletin reads.

What you should know

I consulted a clergyman for prayers, he hypnotised and impregnated me twice!