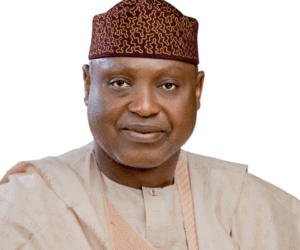 …Sues for peace ahead of party primaries

A leading governorship aspirant of the All Progressives Congress (APC), and former Secretary to Ekiti State Government, Hon. Biodun Oyebanji, has, again, showered encomiums on leaders and members of the party in Ekiti state. This is for their steadfastness and the warm reception accorded him and his team during his recently concluded tour of local governments in the state.

The tour, which took place between January 4 and 13th, was Oyebanji’s second-round visit to the local government chapters of the party, where he had one-on-one meetings with APC leaders, members, and stakeholders in the 177 wards.

In Ado Ekiti at the weekend, Oyebanji said he was excited and satisfied with the great reception accorded him, the open and frank discussions he had with the leaders and stakeholders as well as the demonstrated commitment of APC members to the success of the party’s primaries and eventual victory at the June 18 governorship election in the state.

He also urged co-aspirants on APC platform to continue to preach peace and harmony among members of the party and their supporters ahead of the January 27 primaries, adding that violence, name-calling, and slander should be avoided in favour of issue-based campaigns.

“It was the second round of our tour across the 16 local governments to meet the party executives, delegates, some selected leaders and stakeholders of our great party, and I must admit that it was a huge success, considering the warm reception, opportunity to lay before them my plan for the state and the positive feedback we got about the Dr Kayode Fayemi administration as well as my aspiration.

“At various local governments, I was able to tell our leaders why I obtained the form to vie for governorship based on the criteria given by Mr. Governor and the need to continue with the legacy already established by the current administration. I used the opportunity to further present myself to them and assure them that my coming in as governor would enhance prosperity for the state, party members and individuals.

“Of course, I sued for peace and reiterated on the need for our people to respect the right of individuals to aspire. I made it known to our leaders that they can only get the best after respecting other people’s right to contest and listening to their programmes and projections to further lift the state.

“More than anything, the beauty of the visit is in the warm reception we got from all the places visited. We also got positive feedback on the current administration, my person and my character. The meetings also gave us access to quality advice that would guide us as we move forward.

“Honestly, words are not sufficient to convey the level of my appreciation to the leadership of the party at the ward, local government, state, and National levels for giving us a solidly built party and a viable platform to contribute our little quota to development”, he added.