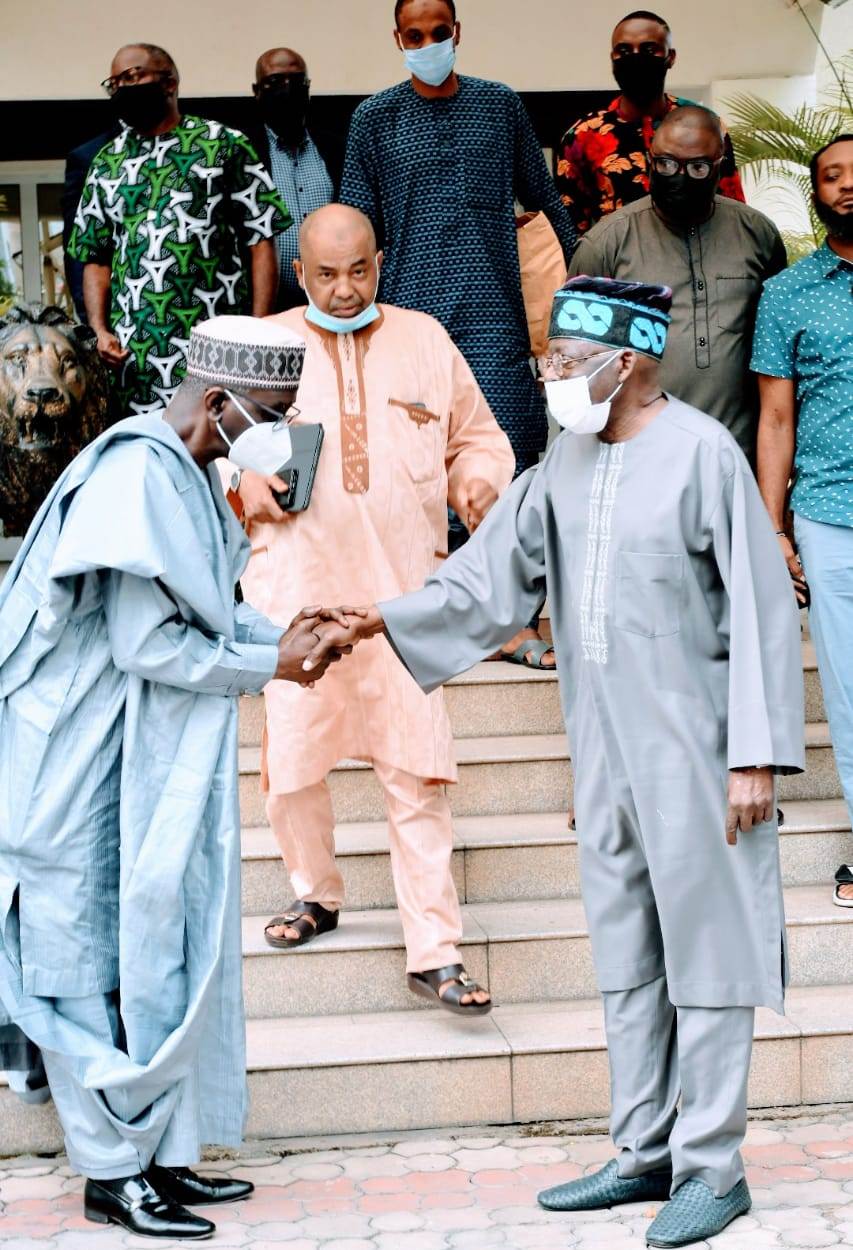 The meeting was called at Tinubu’s instance and was scheduled to woe Shekarau to Tinubu’s side.

One of those who went with Shekarau to the meeting told Nigerian Sketch that “Asiwaju Bola Ahmed Tinubu sent his aircraft to pick Shekarau in Abuja and return him after the meeting. Take note that the meeting’s main focus was to discuss the crack within the All Progressive Congress (APC) in Kano State.

“Thé meeting lasted for three hours, and Tinubu got first information on the situation in Kano. He also shared some information with Sardauna.

“He assured Sardauna that he will do all he can to rectify the situation in Kano State.  the aircraft returned Sardauna to Abuja at 5pm,” our source said.

An aide to Governor Abdullahi Umar Ganduje said the meeting did not in any way undermine the hold of the governor on the party in the state, adding that “Tinubu was only mediating in Kano State APC crisis.”

It was not immediately clear how Tinubu’s meeting with Shekarau would mend the broken fences between the warring parties in the Kano APC leadership crisis.

Second, an FCT High Court on Tuesday nullified the election of Abbas who the governor backed and upheld that of  Danzago who Shekarau and others supported.

Third, ever since the judgement was delivered, the state government has allegedly used state apparatus to attack the businesses, political offices and other interests of those who played roles in the emergence of Danzago as APC state chairman.

The law office of Nureini Jimoh was locked by a government agency on the excuse that the owners of the property owe ground rent. The agency locked the office on Thursday, a day after the court handed down what the government considered to be an unpleasant judgement.

Jimoh, a senior advocate of Nigeria, was the counsel on the side of the Shekarau faction. .

He was said to have fled the country after receiving death threats, and as a consequence, Shekarau, alongside Senator Barau Jibril and Sha’ban Sharada, a House of Representatives member, wrote to the inspector-general of police, seeking the police to investigate allegations of arson and threat to life by the state government.

As it is, the government’s legal team is already busy working on the strategies to adopt in getting the judgment reversed.

A source said some of the options they are considering included an appeal and a petition to the National Judicial Council (NJC) alleging a misdeed against the judge that delivered the judgement.

Whether or not Tinubu can broker peace between the warring factions would be seen as events continue to unfold in the state.

In the meantime, a Kano Government House official has said that Ganduje has also been scheduled to see Tinubu in the next few days.

Six days in Suez: The inside story of the Ship that broke global trade