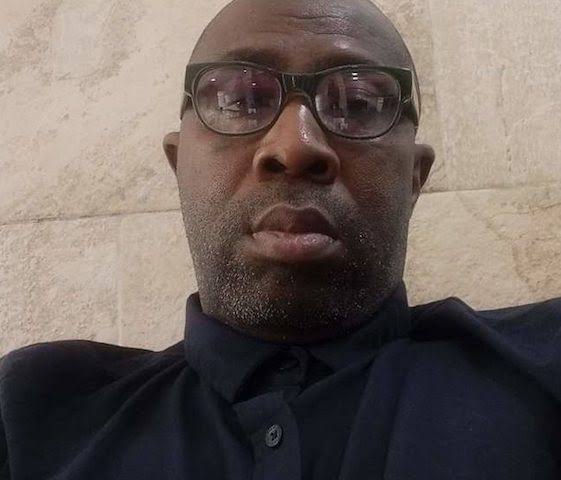 I was delighted to read that passengers on the derailed Warri-Itakpe train were evacuated without incident. I imagine that everyone of them heard their hearts thump as insistently and louldly as a bass line from a reggae concert full stack amp while awaiting evacuation from the scene of the accident.

I would have shat myself two dozen times as well as sweated non-stop from the fear of an abduction-for-profit or straight-out murder gang coming out of the bush. I had been in similar situations. Those were decades ago when trains I travelled on developed faults, one in the middle of nowhere. But no one was bothered. We were calm, almost like we were in our bedrooms.

Any bother was about running out of cash, as we were forced to buy food, water and other refreshments while waiting for a for a solution. These days, the fear of homicidal goons, which the country seems to have plenty of, would make that impossible.

I did plenty rail travel as a secondary school lad and on one occasion, I was on a train that developed a fault at Omi-Adio, near Ibadan. We were in the bush for up to three hours and I believe that Kehinde Ogungbayi, my secondary school mate with whom I was on the trip, would remember.

There were other guys from my school on the train and apart from myself and Kehinde, the other guys were headed up North. Ayorinde Bankole, our senior (only God knows where he is these days), was to get off at Offa, where his parents were based. We neither fussed nor fretted that any evil was coming. The only the risk possible was of being caught for doing something we cannot be proud of these days.

What was that? Boys will be boys. When the train stopped, we skipped merrily from coach to coach like happy puppies, putting our heads out of the windows to ask vendors of sugar cane and ofada rice (not the hit it currently is) to bring their wares like we were going to pay. Once they handed them to us, we fled to our coach and failed to pay. We thought it was fun, but it was rudimentary yahoo. Train fare from Abeokuta to Ibadan, I need to add, was 36 kobo. A bus trip was 50 kobo, while it was 60 kobo by car.

In 1990, I also took a train from Ibadan to Maiduguri. Olusesan Odelusi, my friend in the university, and Adeoye Adetunji , whom I met on the trip, were similarly affected. The trip was to take two days, but took four because the train developed a fault twice on the way. One was at Heipang in Plateau State, where we spent a whole night under relentless assault by mosquitoes and had for company (all through the trip) a shoal of people with physical disabilities, including grotesque dentitions, who were said to travel free of charge because of their condition.

The light in the train went off on the first night and was not restored till I got to Maiduguri. Olusesan got off at Kaduna. There was also no water, so we didn’t have our bath all till we got to our final destinations. That was the discomfort we had.

These days, with the rampancy of abduction, we would have looked frazzled like we awaiting lethal injection, peeping from the windows into the bush or even from inside the train to see if a band of gun-toting lunatics was coming to whisk us off.

There were highway robberies, for which I think the police established a highway patrol unit. But I never heard of a railway robbery let alone wholesale abductions So, Nigeria was not exactly paradisal. However, we have plunged, I think, bungee jumper-style. I use the new train service, despite the tragic Kaduna-Abuja train incident, but I do not feel anywhere as safe as I did on the previous trips.

The Ogun State government, for example, has a law prohibiting open grazing, but on the Lagos-Abeokuta-Ibadan train route, there herders sauntering with their animals. While I am not suggesting that every abduction is carried out by herdsmen, dread washes over me when I see them. I unable to shake that feeling that they could go nuts. I also do not think any parent would put children on a train that would travel all night. Back then in those uncomplicated times, parents had no fear of having kids as young as 10 travel unaccompanied. It was actually the rule, not the exception.

Today, we would call a dozen times in 10 minutes if our teenage children were sent out to buy stuff in the neighbourhood. As a society, we have lost something, most likely many things, and we need to regain what has been lost. Very quickly, too.

Enabling the mainstreaming of debauchery, by Simbo Olorunfemi