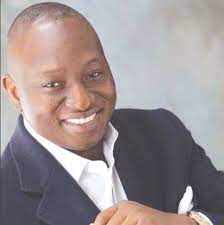 Dr. Eruani was born on the 25th of December, 1973, in Epebu, Ogbia LGA of Bayelsa State, to the royal family of Chief Allwell Eruani, (the Obanema of Emadike, Aguda the IX) and Mrs. Rachael Eruani. His father was a successful businessman in the businesses of timber and poultry production in the Niger Delta region of Nigeria.

In addition, Dr. Eruani has attended several courses to advance his knowledge in the Energy and Petroleum sectors. These include “Effective Project Management for the Power Project Professional” and “Power Project Finance” by Powergen – the USA, the “Global Customer Summit” by GE at CrotonVille – USA, and “Understanding and Structuring Power Purchase Agreement” by INFOCUS – Dubai, along with several others.

Dr. Eruani practised his early medical career with the Westend Clinic and Ashford & Patrick Hospital. He later joined the public service with the Bayelsa State Civil Service as a Medical Officer in the Ministry of Health. This subsequently led him to pursue a professional industrial medical practice career in Nigerian Agip Oil Company.

After serving successfully in the oil and gas industry, Dr. Eruani accepted an offer as the Chief Physician for the first Civilian Governor of the Old Rivers State, the late Chief Melford Okilo. Dr. Eruani’s meticulous and diligent composure at his job precipitated his appointment as Special Adviser on HIV/AIDS and Community Health in the Dr. Goodluck Ebele Jonathan Administration when he was the Governor of Bayelsa State. Dr. Eruani was assigned an additional role as the Chairman of the State Action Committee on AIDS (SACA). He later served as the Commissioner for Health in Bayelsa State. Dr. Eruani’s professionalism and accomplishments earned him an award as the most innovative commissioner in Nigeria.

Dr. Eruani’s philosophy in life is rooted in the belief that success is attained through hard work, commitment and dedication. He has a burning desire to ensure the industrialization of the Niger Delta and Nigeria at large through the establishment of sustainable businesses, and the creation of employment, which he also sees as a sure way to engage youths and curb restiveness.

Wealth can only be maintained with core value creation; this is especially true in the Niger Delta with its current abundance of crude oil production and no additional value created. Dr. Eruani believes that the Niger Delta can be transformed into the hallmark of Nigeria’s new industrialization base by adding value to the crude oil through refining, as well as the generation of electricity through the abundance of gas. He believes this will be a platform for true change and economic reform for Nigeria. Dr. Eruani Azibapu is married and blessed with children. He enjoys traveling, golfing, and networking. His attention to detail and organization are among his greatest assets.

With Dedication, Diligence, and Hard work, there will be a reward – Jimi Bolusire, UK’s Senior IT Consultant