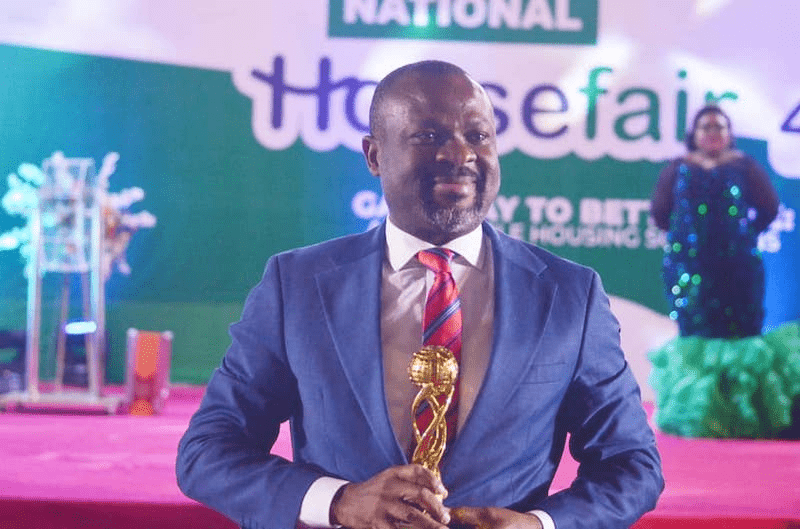 The Managing Director and Chief Executive Officer, of First Generation Mortgage Bank (FGMB), Dr. Young-Tobi Ekechi, has stated that Nollywood ranks second in the world after Hollywood with a financial value of over $6.4 billion, making it one of the fastest-growing movie industries in the world and one of the biggest employers of labour in the country.

He commended the players in the Nigerian movie industry for the feat they have attained in the last decades.
Ekechi asserted in a speech titled: ‘Nollywood, A Rising Pillar in Nigeria’s Socio-economic Development,’ which he delivered at the closing sessions of the just-concluded Nollywood Technology and Security Summit, held in Abuja.

At the event which also saw players and stakeholders in the industry being rewarded with awards of various categories, the FGMB boss said the impacts of Nollywood in the Nigerian economy, if well sustained would open doors of prosperity to the country and beyond.
He said: “I want to most sincerely congratulate the organisers of this event, while also paying tribute to the creative giants whose hard work, ingenuity and persistence have firmly put Nigeria on the global entertainment and cinema map.

Ekechi said since the breakthrough by pioneers of the industry in the 60s and early 90s, “Nollywood has become a thriving space that not only provides an avenue for entertainment but also generates significant revenue for Nigeria’s economy.

“Nollywood has now grown to become the largest Movie market in Africa in terms of value, the number of movies produced per year, revenue, popularity and job creation for actors, scriptwriters, production assistants and other individuals involved in the value chain.

“To put the financial impact of Nollywood on the socioeconomic landscape in proper perspective, we must consider the known fact that the Nigerian movie industry is currently ranked the second largest film industry globally with the financial value of the film industry put at over $6.4 billion as of 2021.
“Furthermore, the job-creating potential inherent in the industry cannot be overstated as the industry currently employs over one million people, making it one of Nigeria’s largest employers. Its capacity to employ a large number of people has been applauded by the World Bank, who acknowledged the job creation potentials of Nollywood,” he added.

The bank CEO said while the industry has continued to contribute to the socioeconomic development of Nigeria, it must also be used as a tool to launder the image of the country positively amongst the nations of the world.
Also speaking at the event, the National President, of the Actors Guild of Nigeria, Emeka Rollas Ejezie,  called on the government to invest in the industry to make it compete favourably with Hollywood.

At least 50 dead in Kentucky as storms batter US

The Asa controversy  at NNPC relaunch